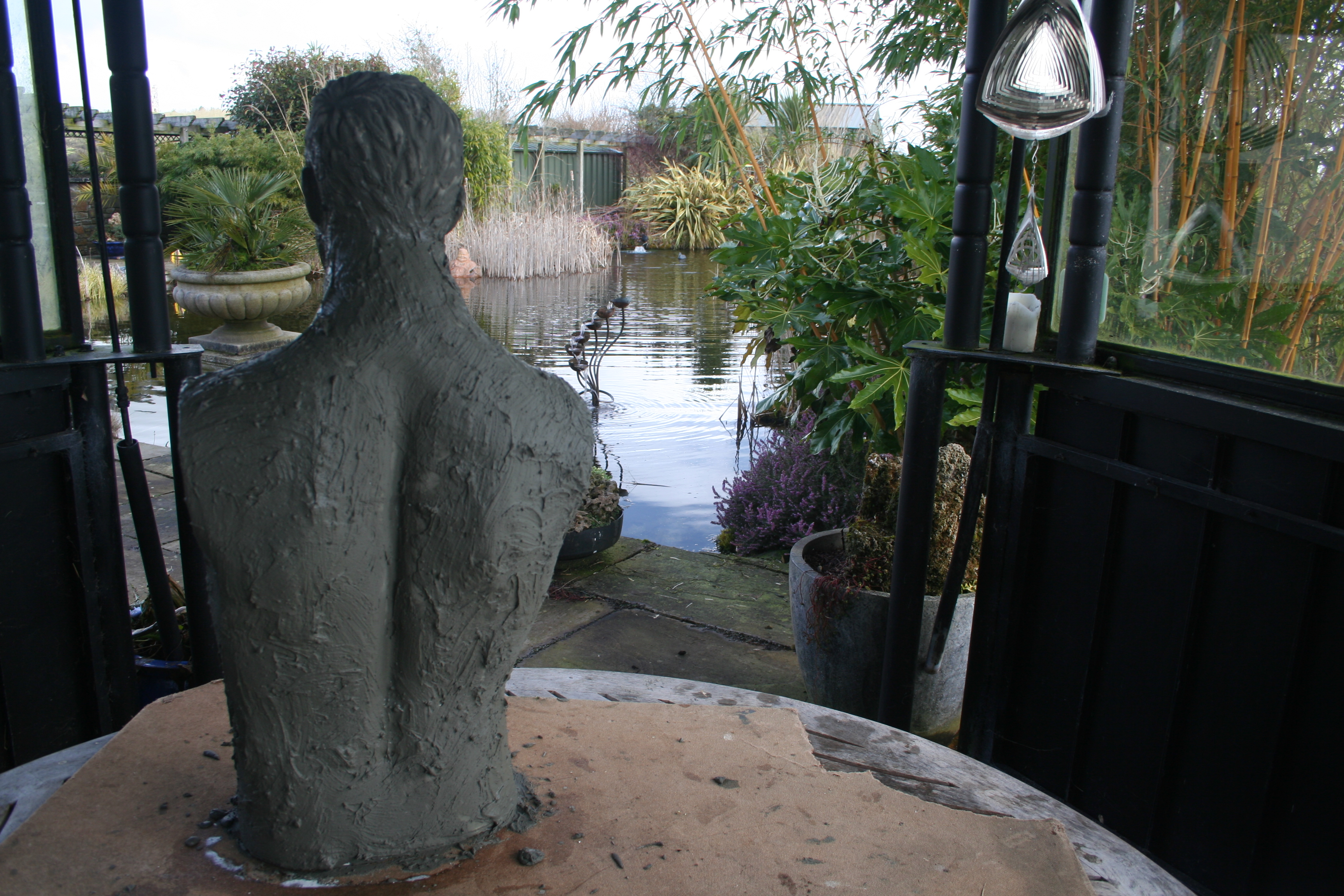 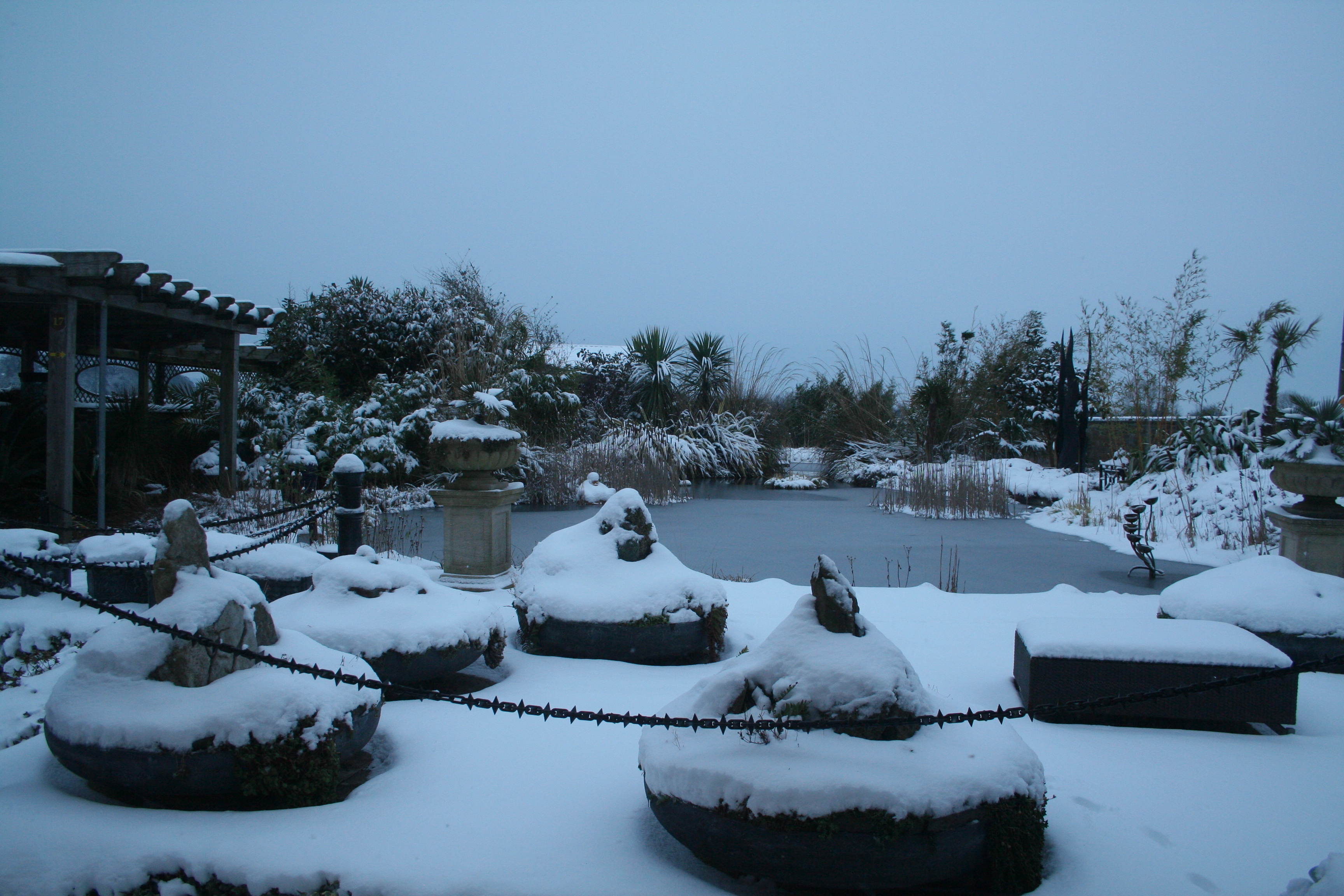 In the early part of March, we had quite a bit of snow, although it only lasted for four days here. The month on the whole, though, was 2°C colder than an average March. 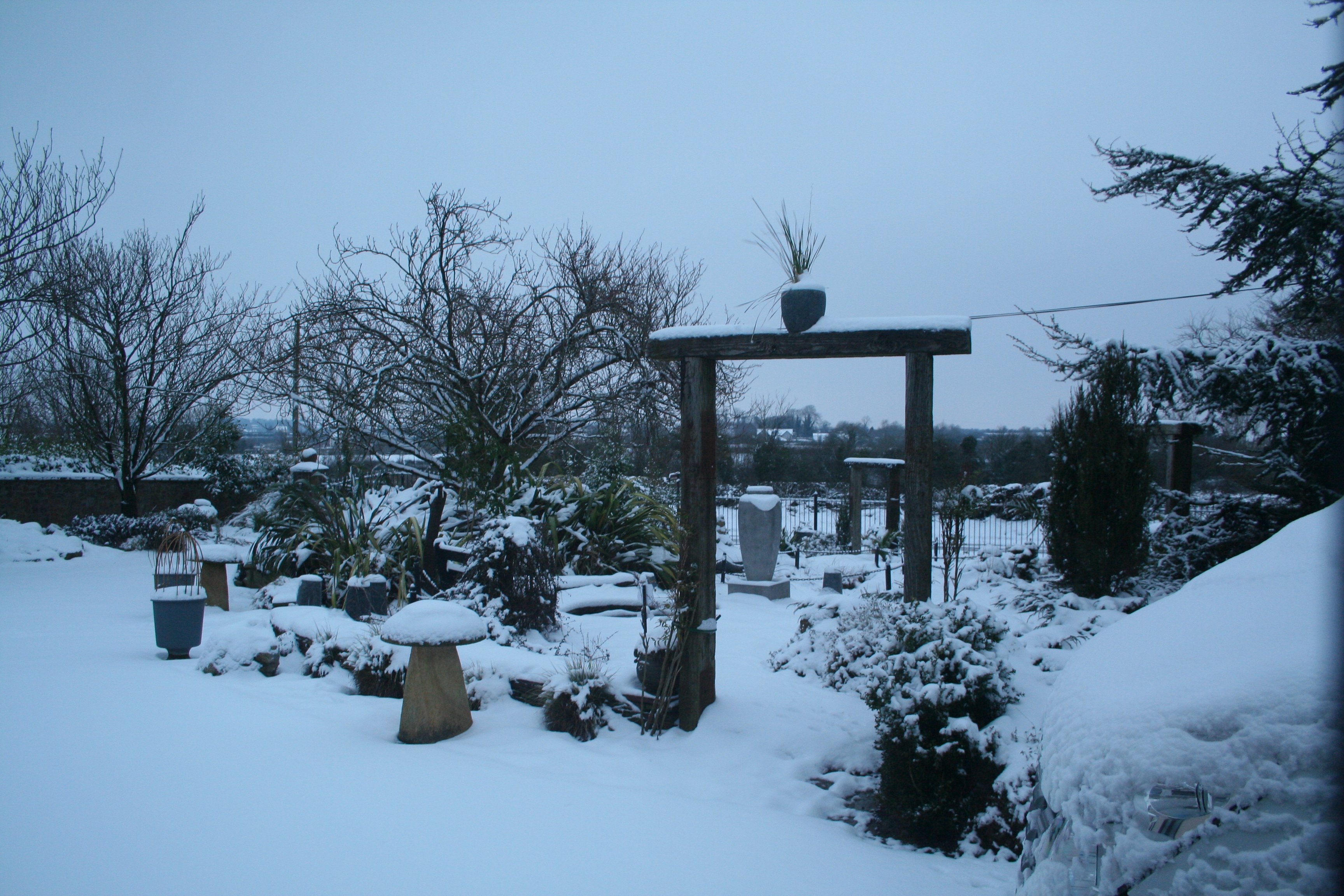 I busied myself for a time, making this “Greek bust” out of plastic, plaster of Paris, expanding foam and concrete.

Not sure where I’ll put him but he might replace the Buddha, which is slowly but surely disintegrating in the Water Garden. The first picture shows him with an initial cement wash and the second with a further coat of roof tiling coloured concrete. 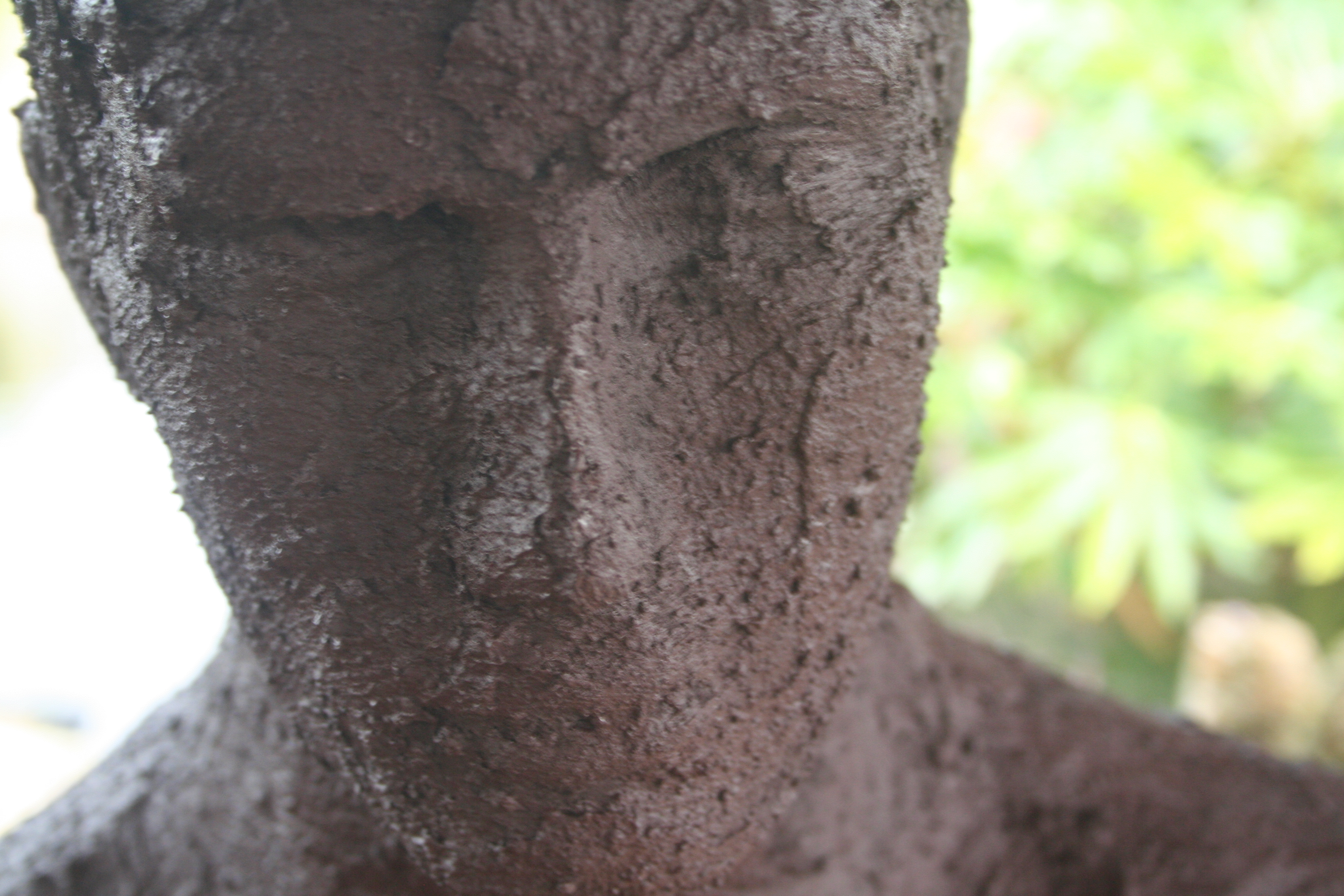 Crocus were a lovely sight in the first half of the month but now in the second half, Saxifrages are stealing the show. 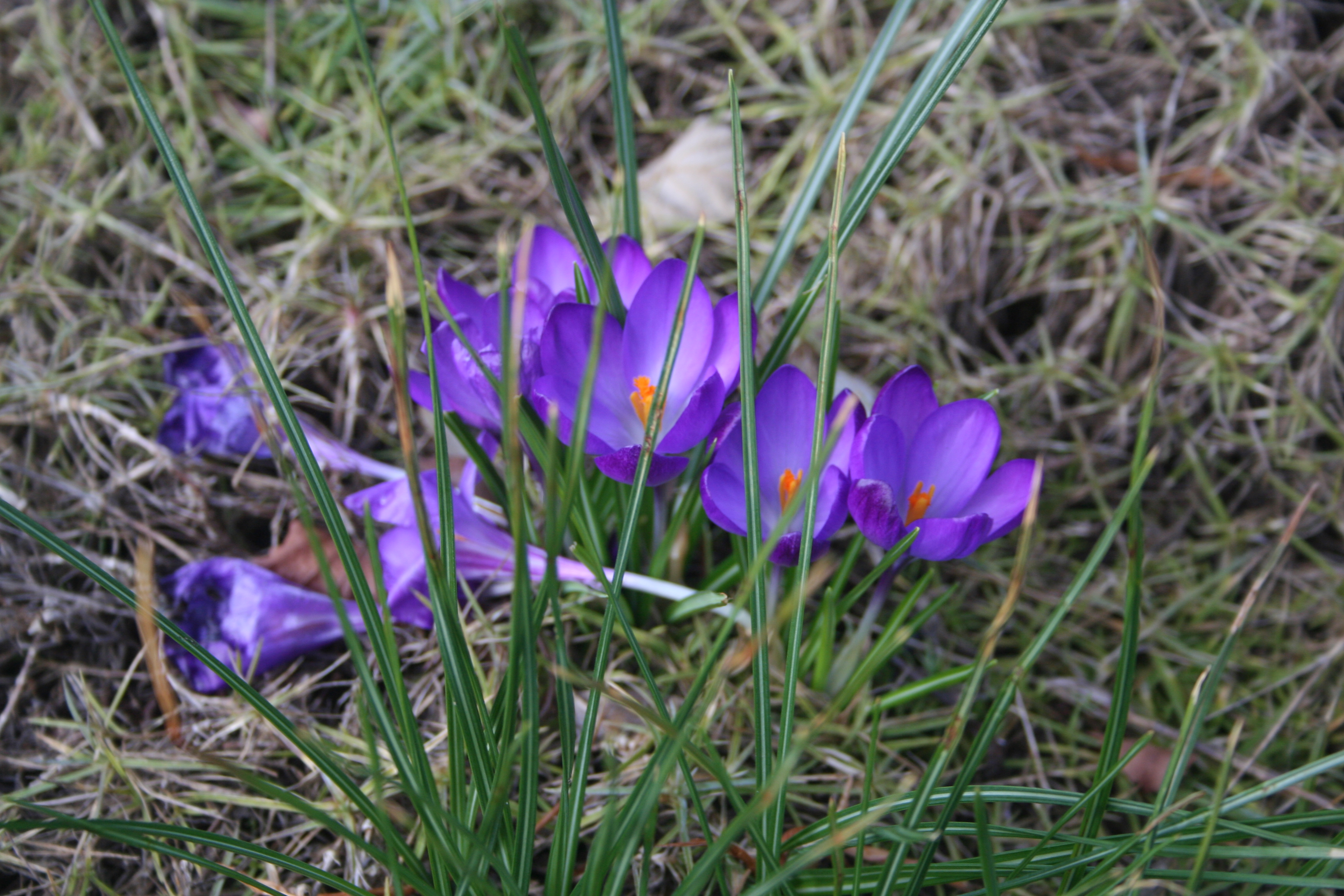 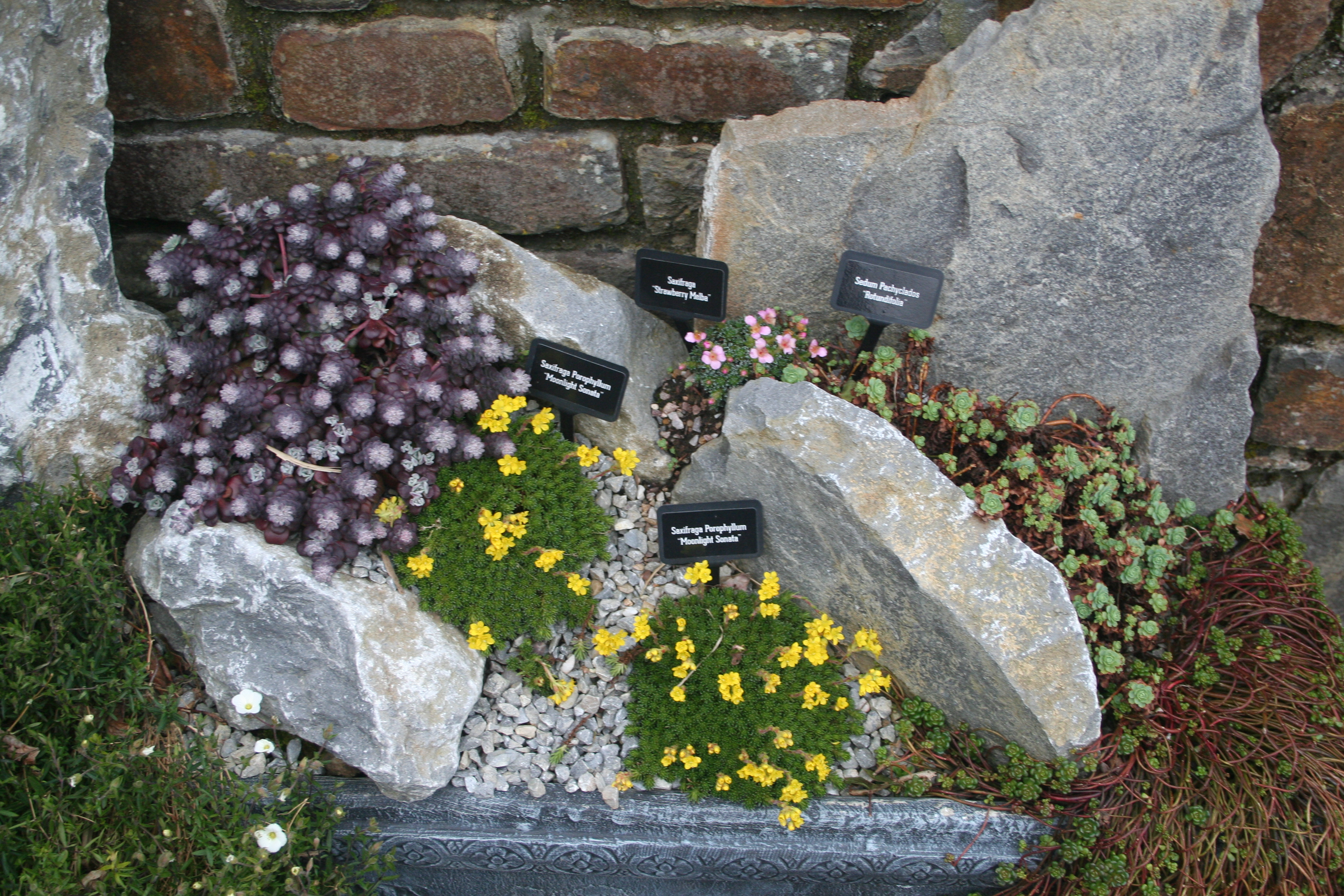 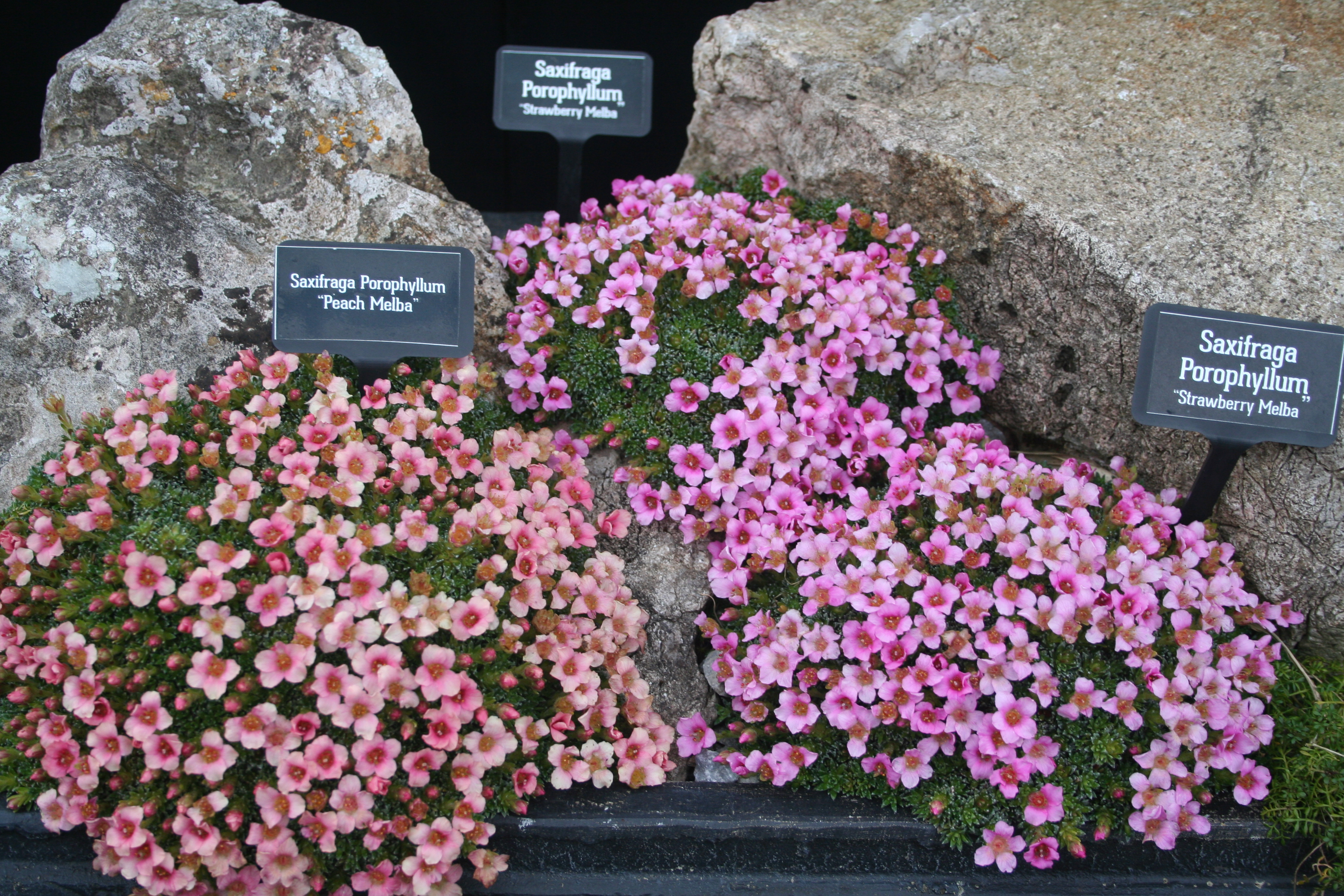 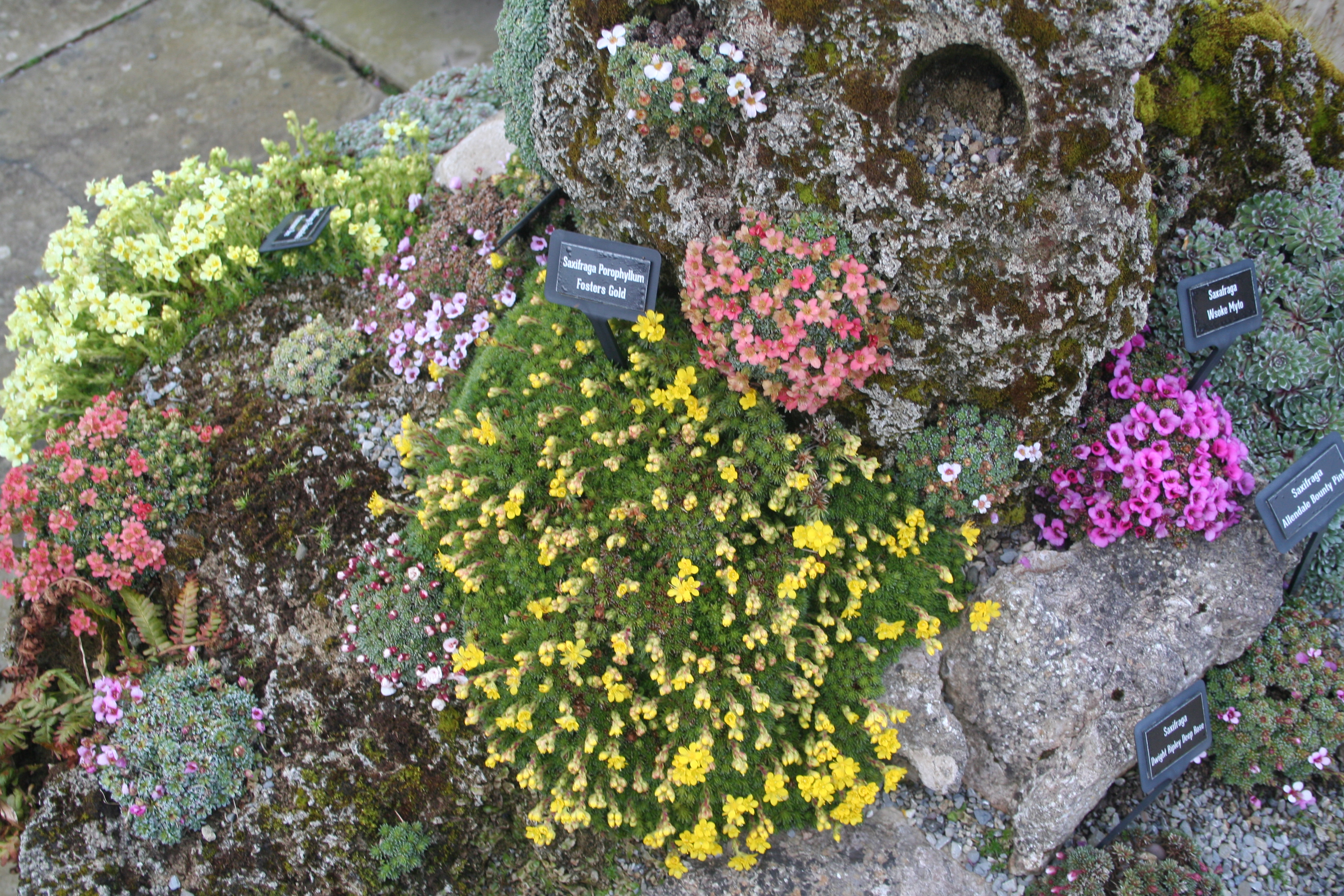 Frog spawn, which normally appears on the south side of the Water Garden has this year appeared on the west bank, maybe pushed there by all those bitterly cold easterly winds. 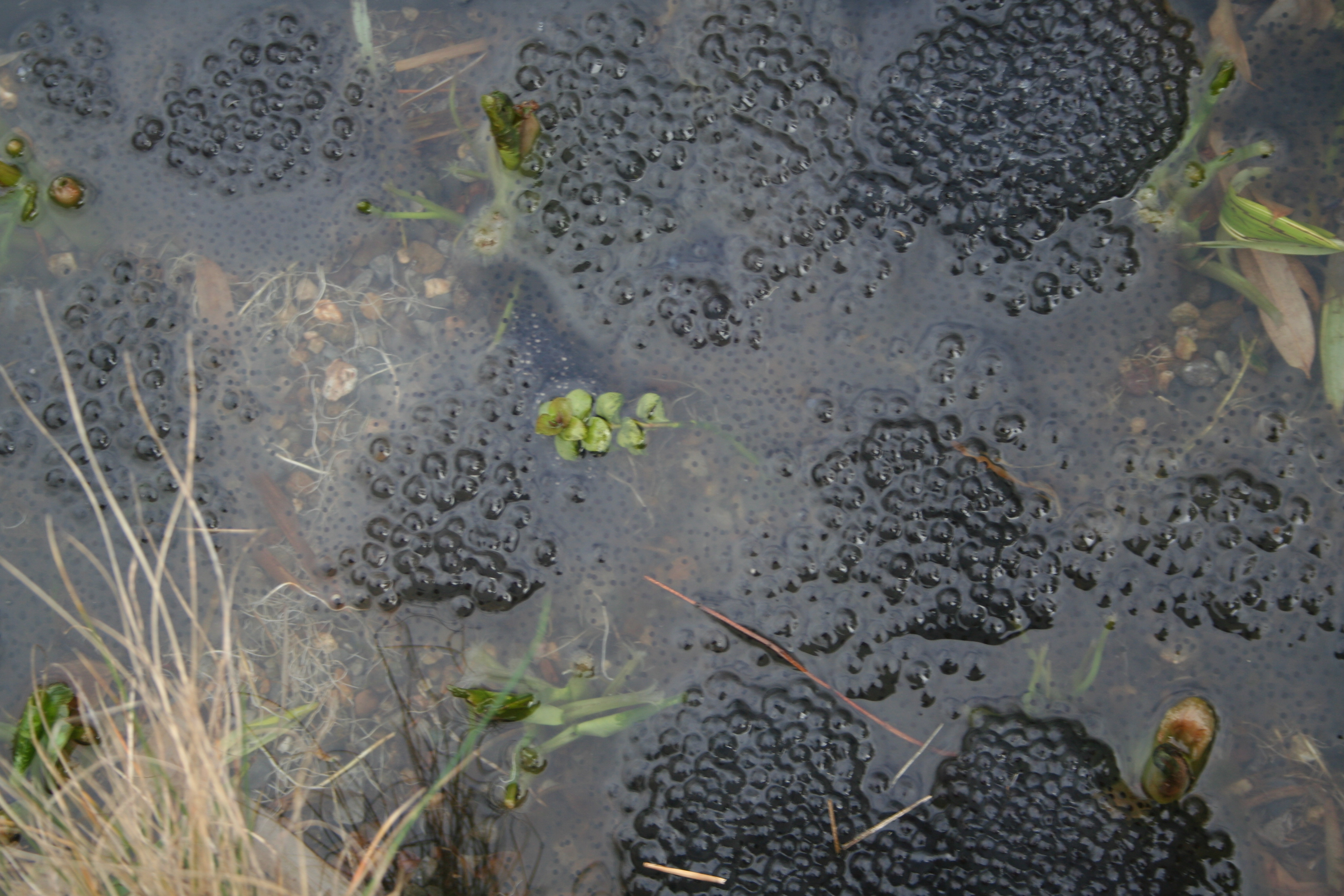 I acquired this pot recently from a skip and it is now the proud curator of a Hutchinsia. 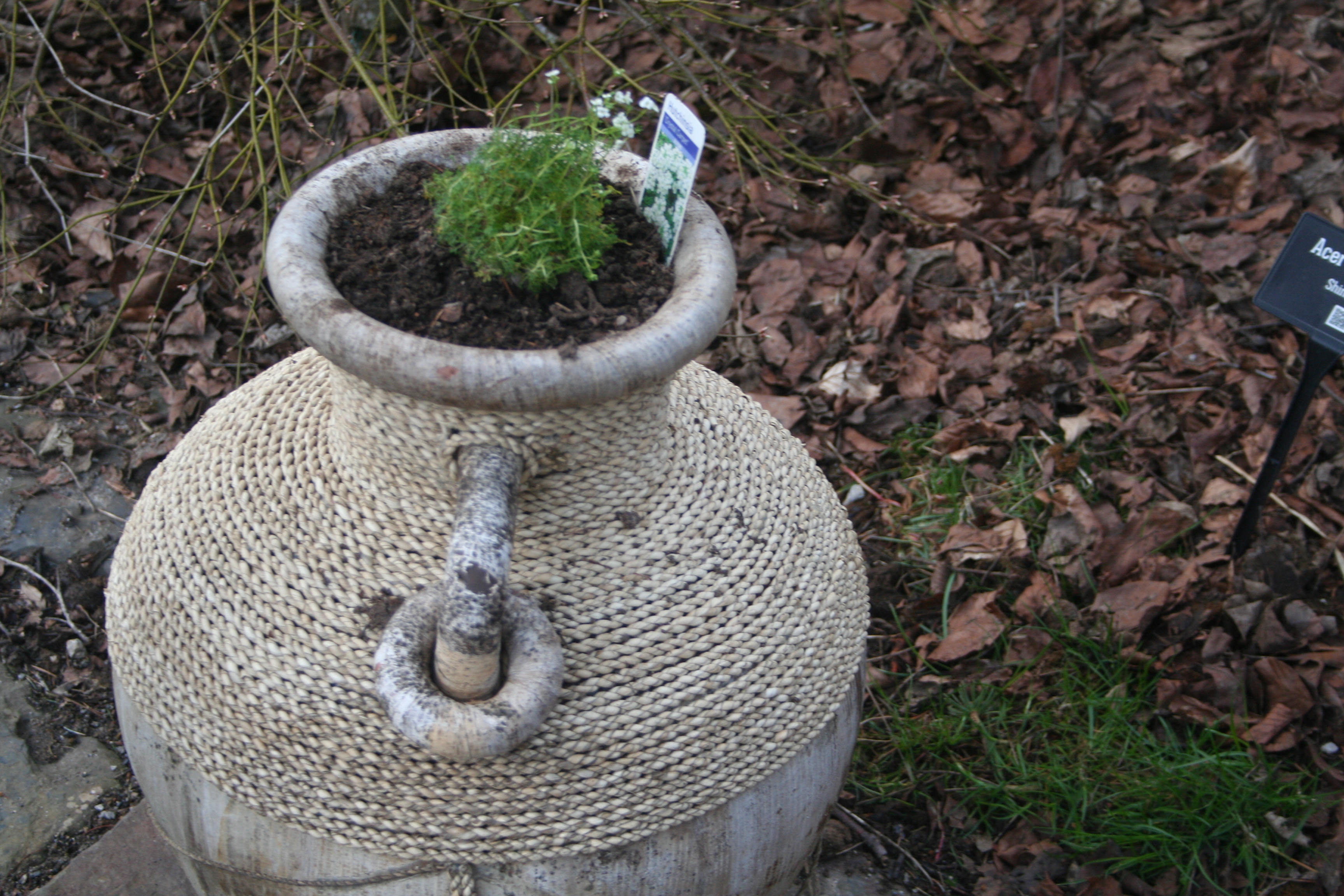 Other pots I’d acquired last year from skips have, sadly, succumbed to the bad frosts we’ve had this winter: in fact the worst winter since 2010 and quite a few plants have been lost as well. 🙁