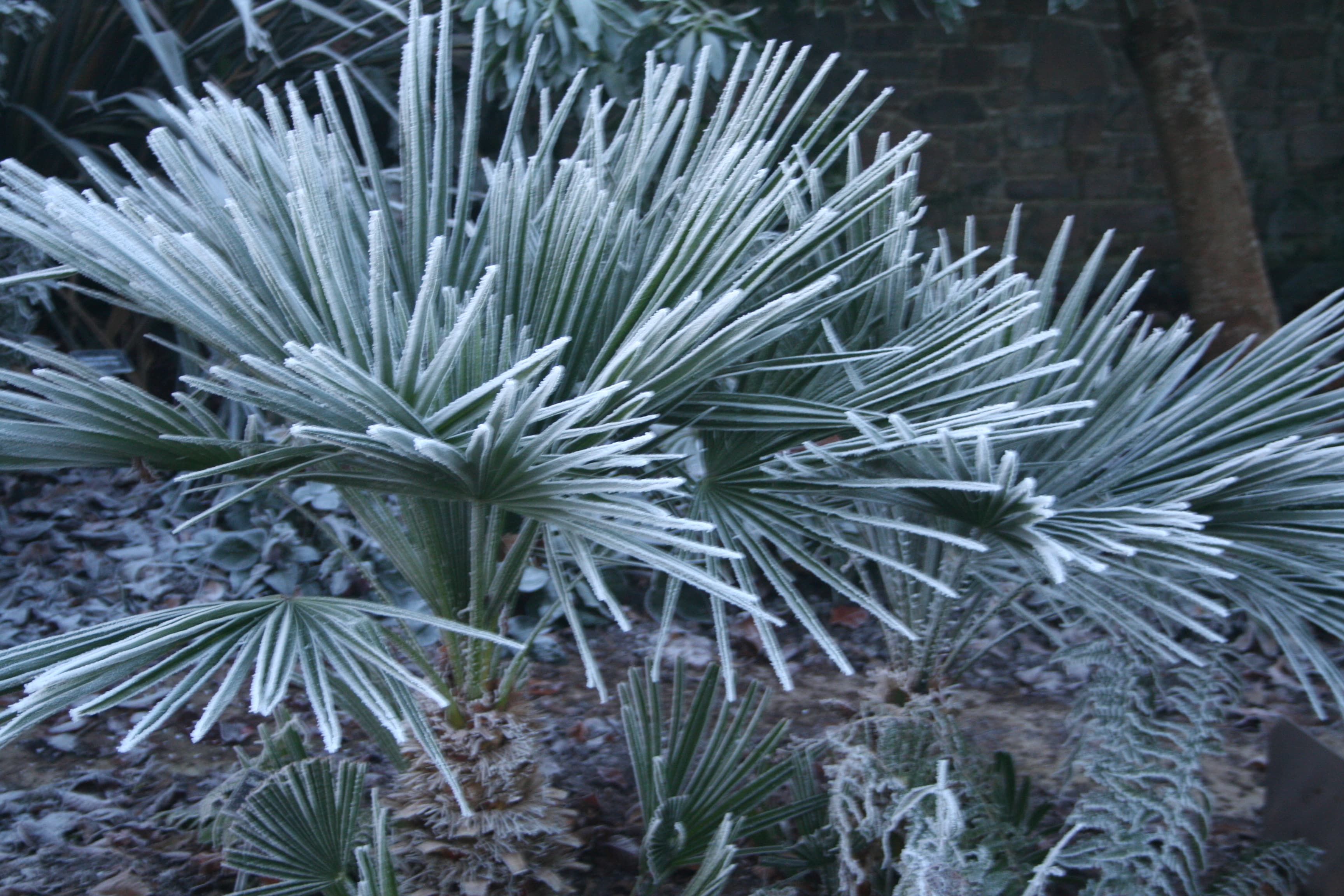 In the middle of December we had a very cold couple of weeks, where the temperature dropped to minus 8°C in Coolwater Garden in Ireland. As a result, we appear to have lost or received severe damage to quite a few plants. The West Garden was much more affected than the Water Garden. For example, Tasmannia aromaticas in the West Garden were decimated, whereas those in the Water Garden were untouched! The same applied to Hebes and other plants. 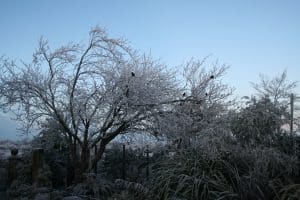 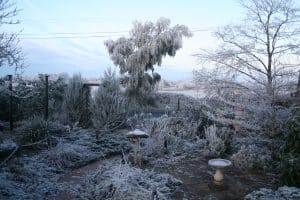 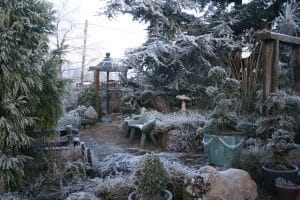 In the first pic above, you can see birds waiting for some seed to be scattered on the ground. In the second pic, our Eucalyptus sturgissiana had half its foliage blackened. But in the third pic, Osteospermums seem to have survived, which is amazing. 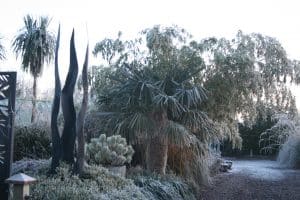 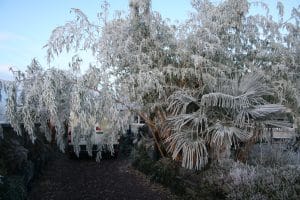 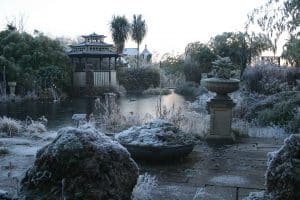 The plants fared much better in the Water Garden pictured above, thank goodness, although there were casualties among the Aeoniums, Echeverias, Lampranthus and other succulents. Some plants in the Alpine House, which did have a frost stat on, also sucuumbed, including our Fuchsia boliviana “Alba”. Euphorbia succulents took a hit too. Let’s hope we don’t get such low temperatures in January and February. Fingers crossed.