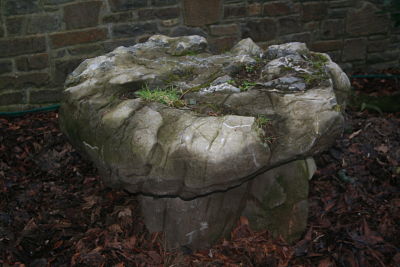 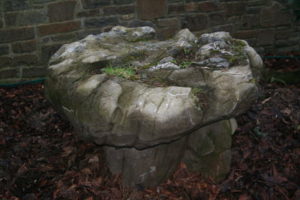 December rocks! Well. It certainly has done in Coolwater. I got hold of several rather large limestone boulders from a neighbouring farmer’s field. They were situated in about a mile from the road and a John Deere was utilized to bring them out. One was so big that even the powerful tractor couldn’t lift it and it had to be left there.

Two of the boulders have placed so as to form a Dolmen, although I didn’t have a body to place underneath 🙂 and others will be left freestanding. As you can see I still have to gouge out earth from the grykes. On the pallets are smaller limestone rocks that I will use to fill seven more circular troughs that I have obtained. These rocks were dug out of a front garden in Corofin and will need a bit of weathering in order to blend in. 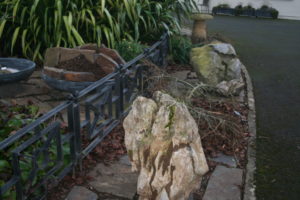 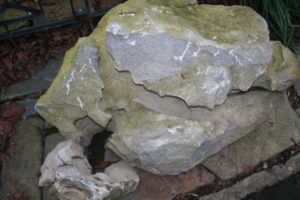 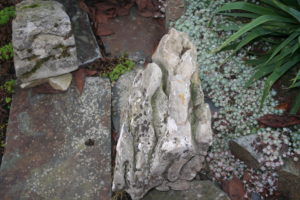 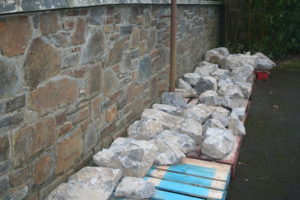 These are the troughs in the West Garden in the course of construction, which will be filled with the stone from Corofin. 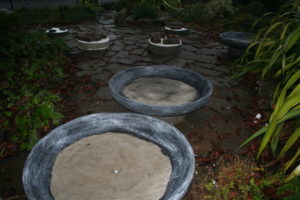 Hopefully, they’ll end up similar to this one overlooking the water garden. 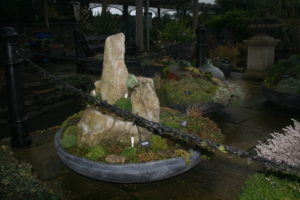 I always seem to have much more work to do in the garden in the wintertime than in the summer. It’s a full-time job in the winter. I’ll be looking forward to the summer when I can relax. I’d say that’s the opposite to most people but then, Coolwater is a different garden! 🙂 I’ll finish off with a couple of sunrise piccies. We’re known for our sunset pictures over the West Garden but sunrises can be equally as good here too. 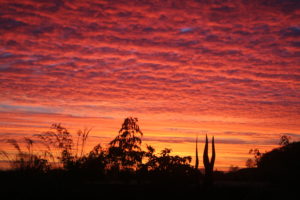 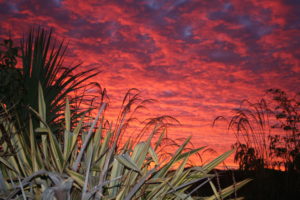