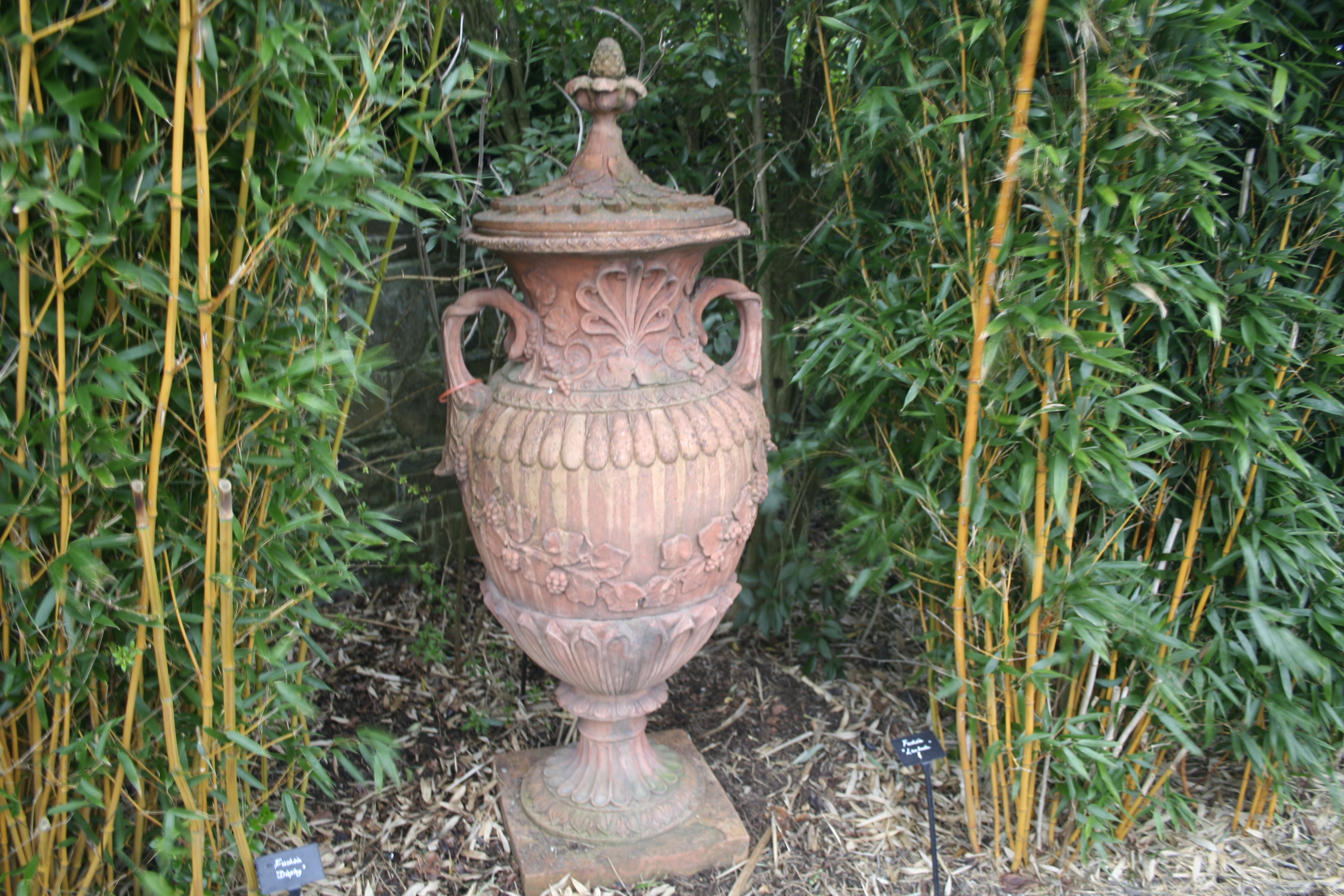 Writing this on the 21st,  the two-faced, Roman god of January has treated us well in the garden so far, it having been unusually mild, with precipitation at only 20% of average, although sunshine has also been low, averaging at 30% of normal. A colder end to the month will even things out a little.

The cover picture is of an antique terracotta urn I picked up in the North last week and is now ensconced in a bamboo grove out of the wind. I really love the detailing on it.

Below are pictured two plants bringing colour to the West Garden. A Leucothoe walteri “Zeblid” and a Photinia “Pink Curry”. 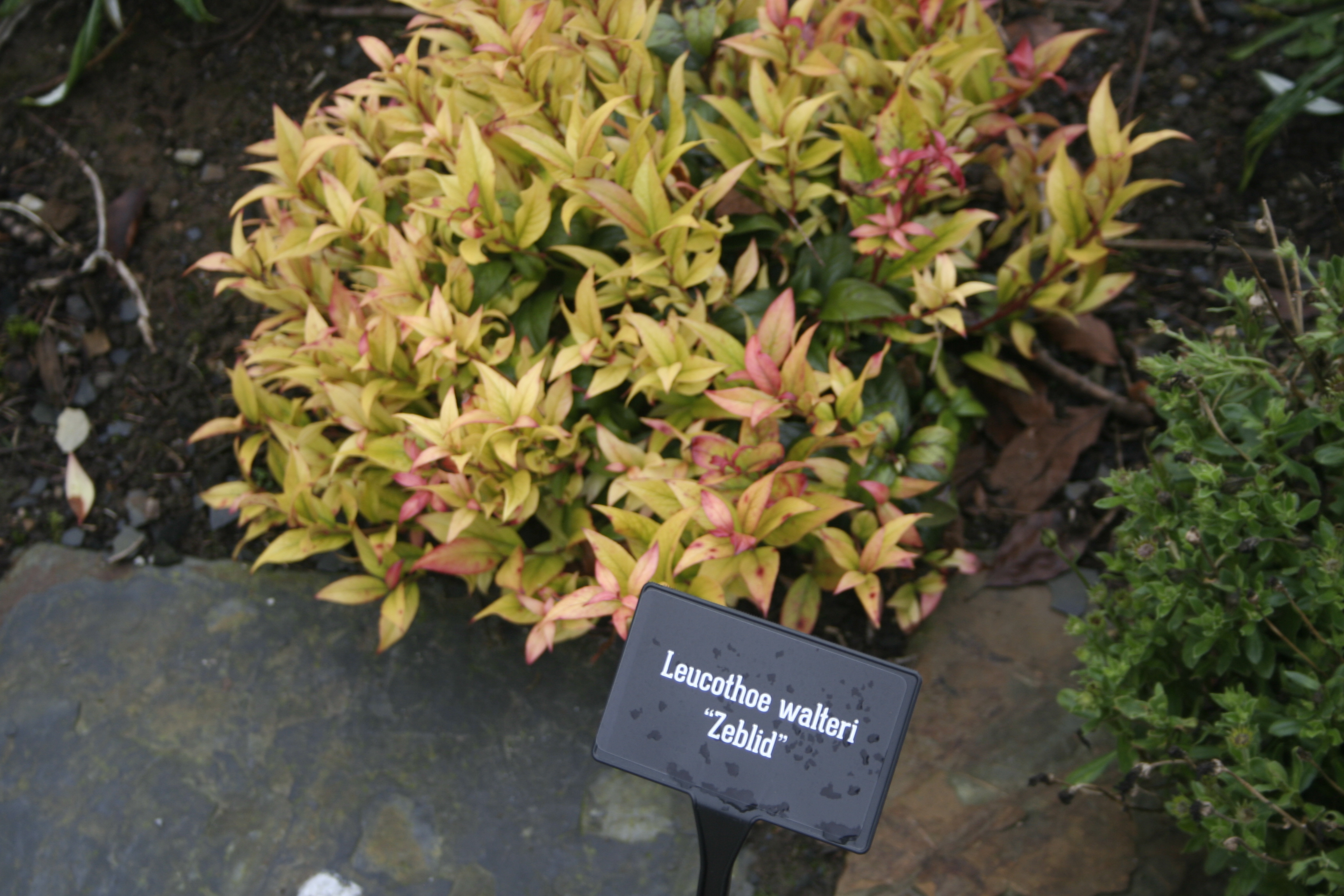 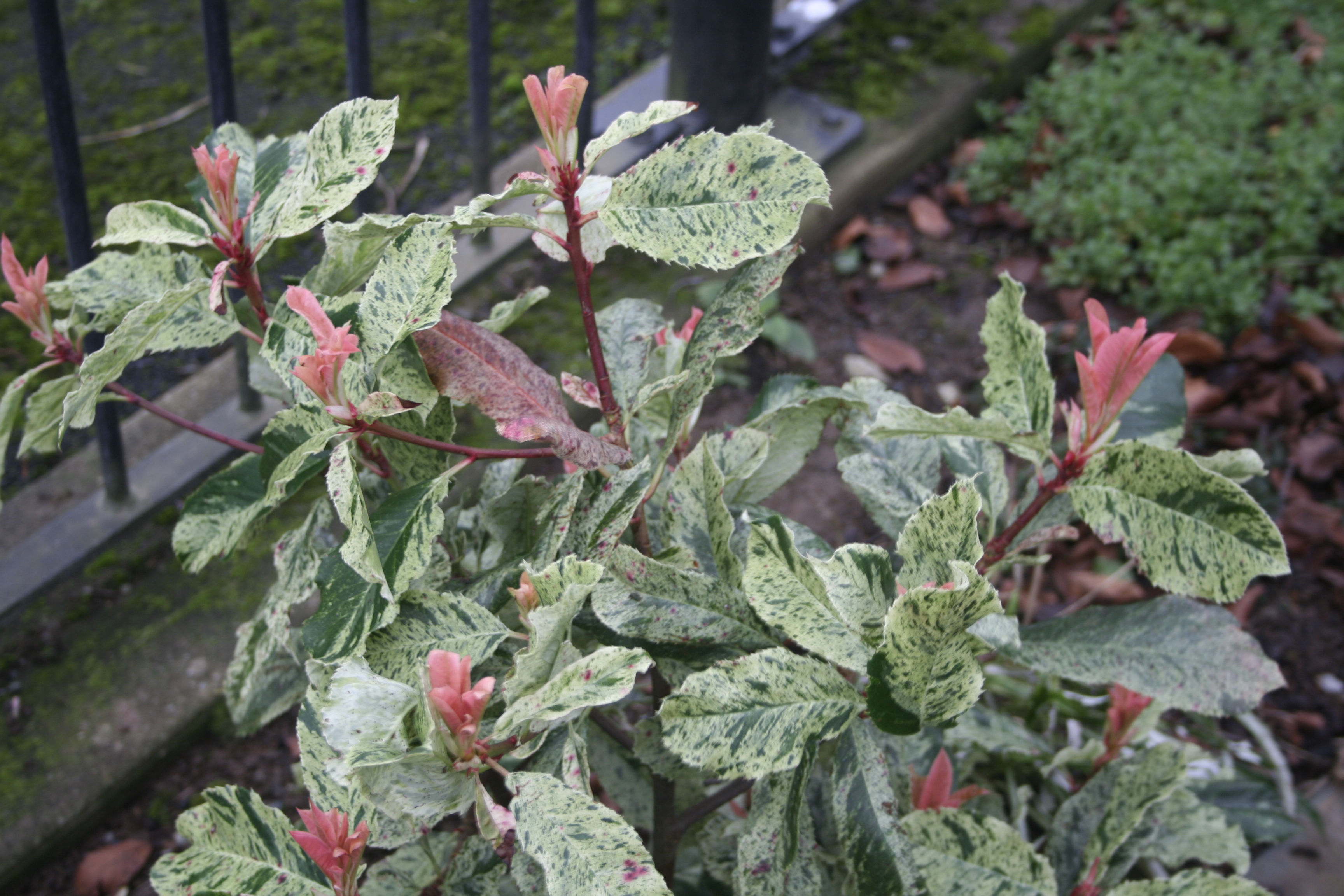 Around the riparian sculpture has been planted Black Mondo grass and winter flowering Heathers. This time of the year, it certainly brightens up the waterside, when reeds and bulrushes are dull with brown. 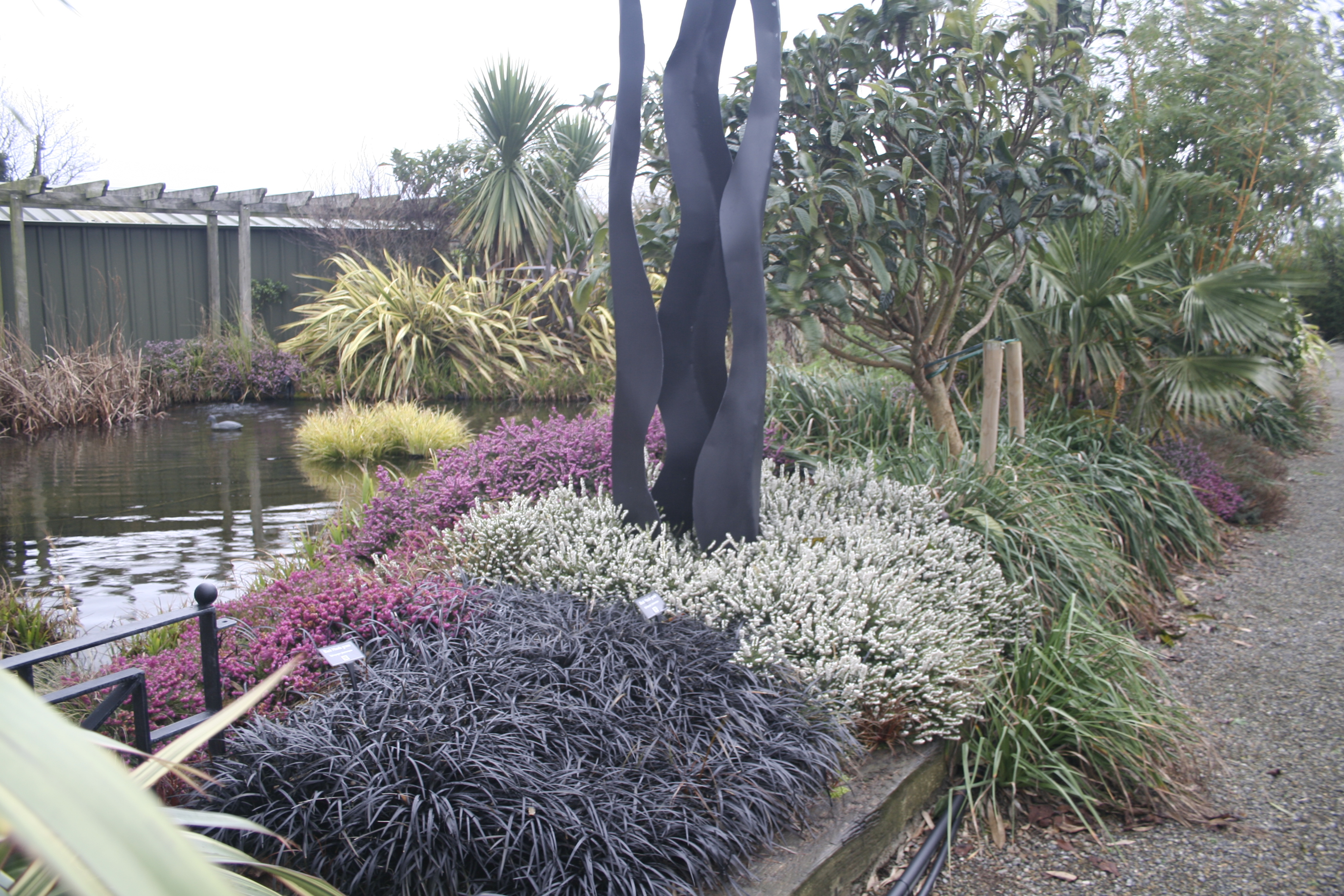 Over in the Xeric bed, there has been humongous growth with the agaves. This Agave americana variegata has certainly put on quite a spurt recently. Alongside it, but out of picture, is a Yucca linearis, really thriving as well. 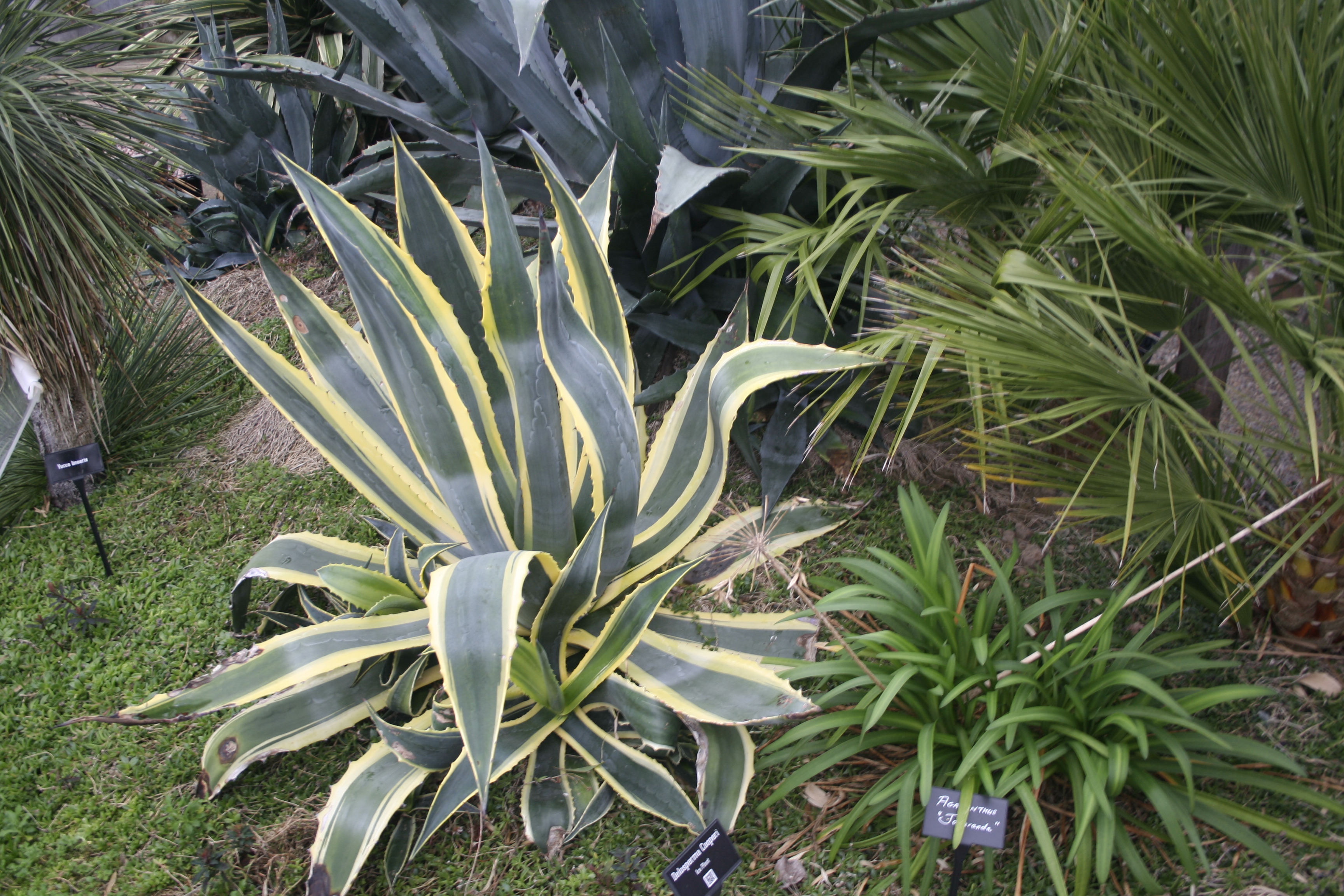 Here’s hoping February will treat us well also, although, I don’t think there’s any Roman god of February to cajole. 🙁