Rocks for the Alpine House.

The new Alpine & Succulents House is nearing completion and these are boulders, which were too large and heavy to fit inside. They’re from a nearby farm and they originate from the same Limestone bed of rock, as in the Burren, going down a hundred feet under the Shannon and re-surfacing in that farm. The farmer is delighted to get rid of them  but, of course, in the Burren you’re not allowed to take even a pebble. The bottoms of the boulders are smooth from being ground inside glaciers and the tops full of grykes from rain erosion over thousands of years.

Inside the Alpine House, this Physoplexis comosa is flowering. An unusual flower, which everyone comments on. Growing in 60% limestone grit and 40% alkaline topsoil. 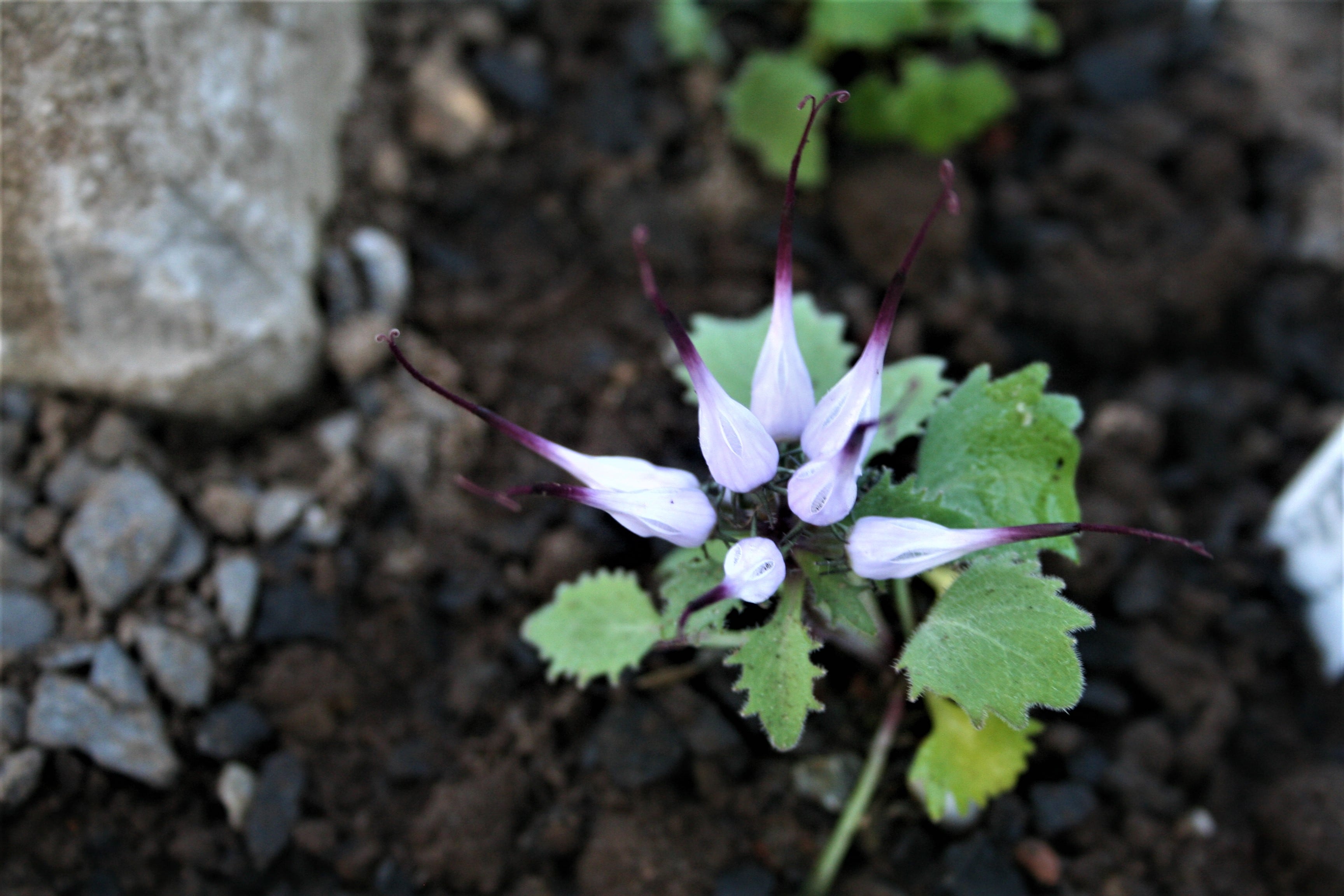 In the West Garden, this Arbutus marina has a lovely shape to its limbs. The limbs are getting redder every year. (The tree is eight years old).

Near the Alpine House, this Loquat is putting on vigorous growth. We had three fruits off of it last year but none this year.

And behind the Loquat, this Dicksonia anctartica seems to be thriving now after having been almost decimated by cold frosts this Spring.