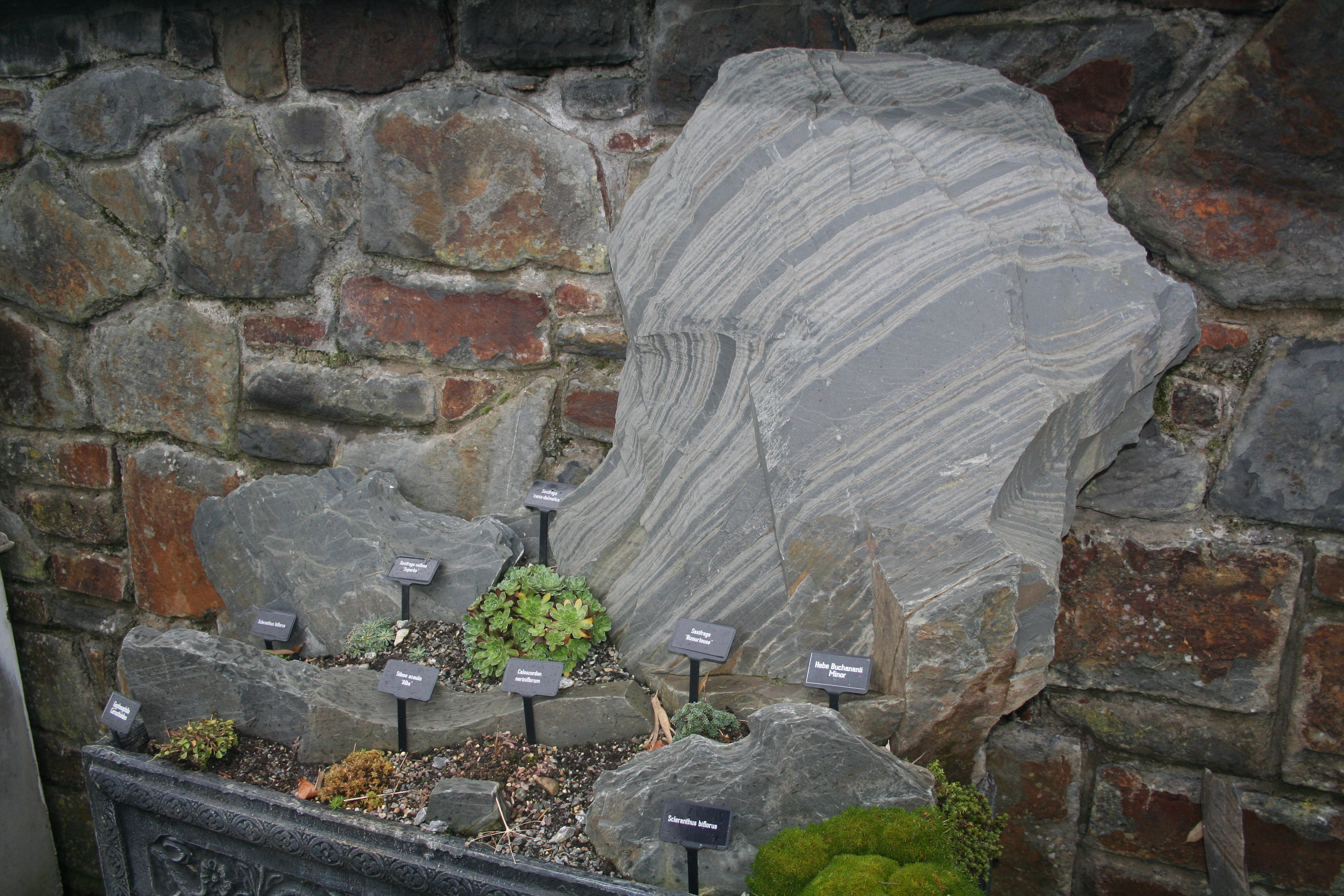 With sound of rain on the patio windows akin to someone dashing sand at high speed against the glass and looking outside to see swirls of wind whirling the stands of bamboo this way and that, I thought it a good time to sit down and write a little bit about the different types of rocks in all the troughs. These rocks were mainly stolen, (sorry, given), 🙂 from various friends and local quarries.

The featured photo is of  the slag rock from the Killaloe slate mines. These pieces wouldn’t split right for the slate makers and were discarded in massive piles. Below, is a piece of Devonian Red Sandstone from the Ballyhouras, which complements the greenery of the ferns. The wall behind is made of Namurian Shale from Castleisland, which I didn’t steal but bought from a farmer in Kerry. 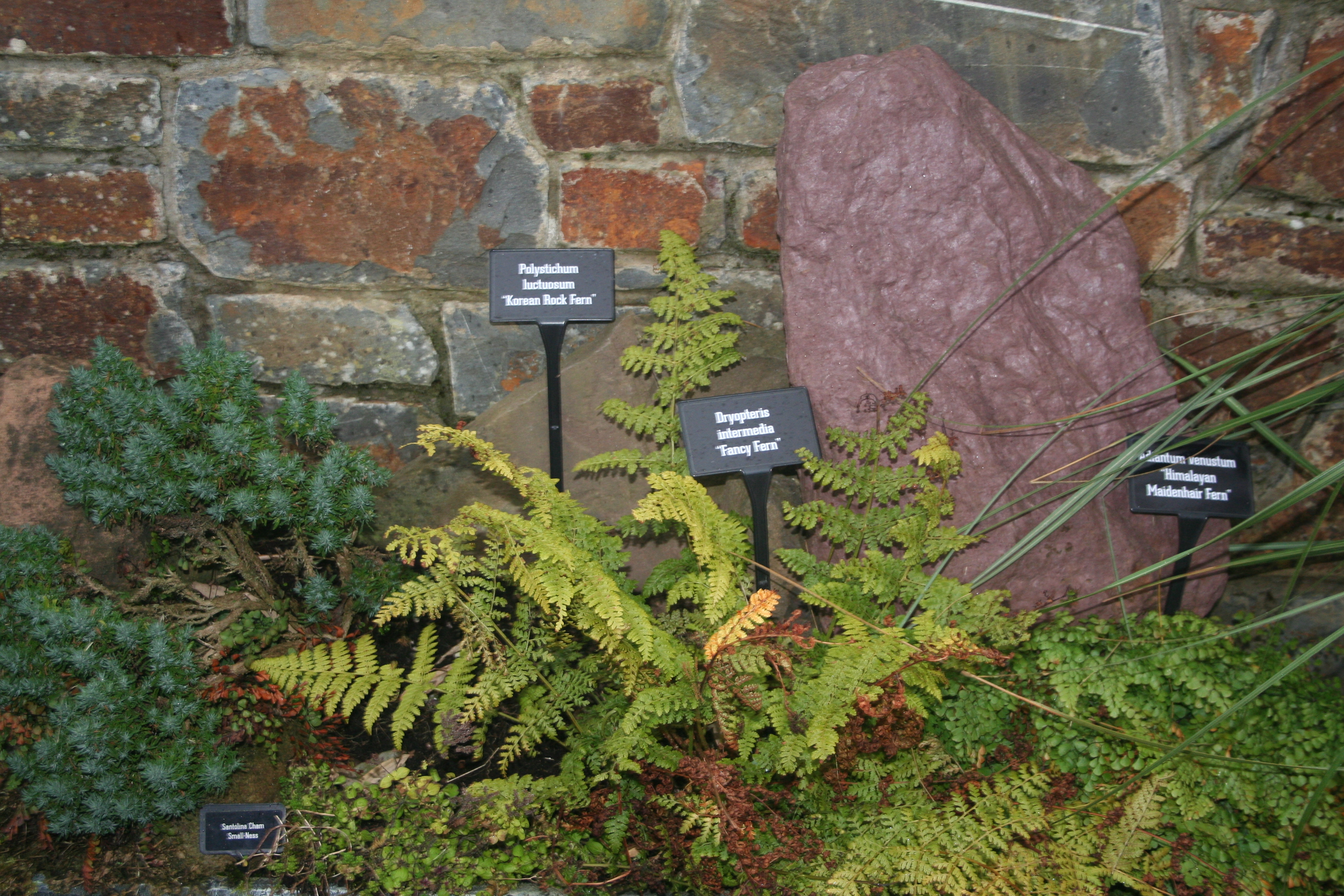 This, below, is Carnoniferous Limestone from bedrock broken out, when foundations for a new house were being put in in Corofin, Co. Clare. This rock is the basic building block of the Burren. 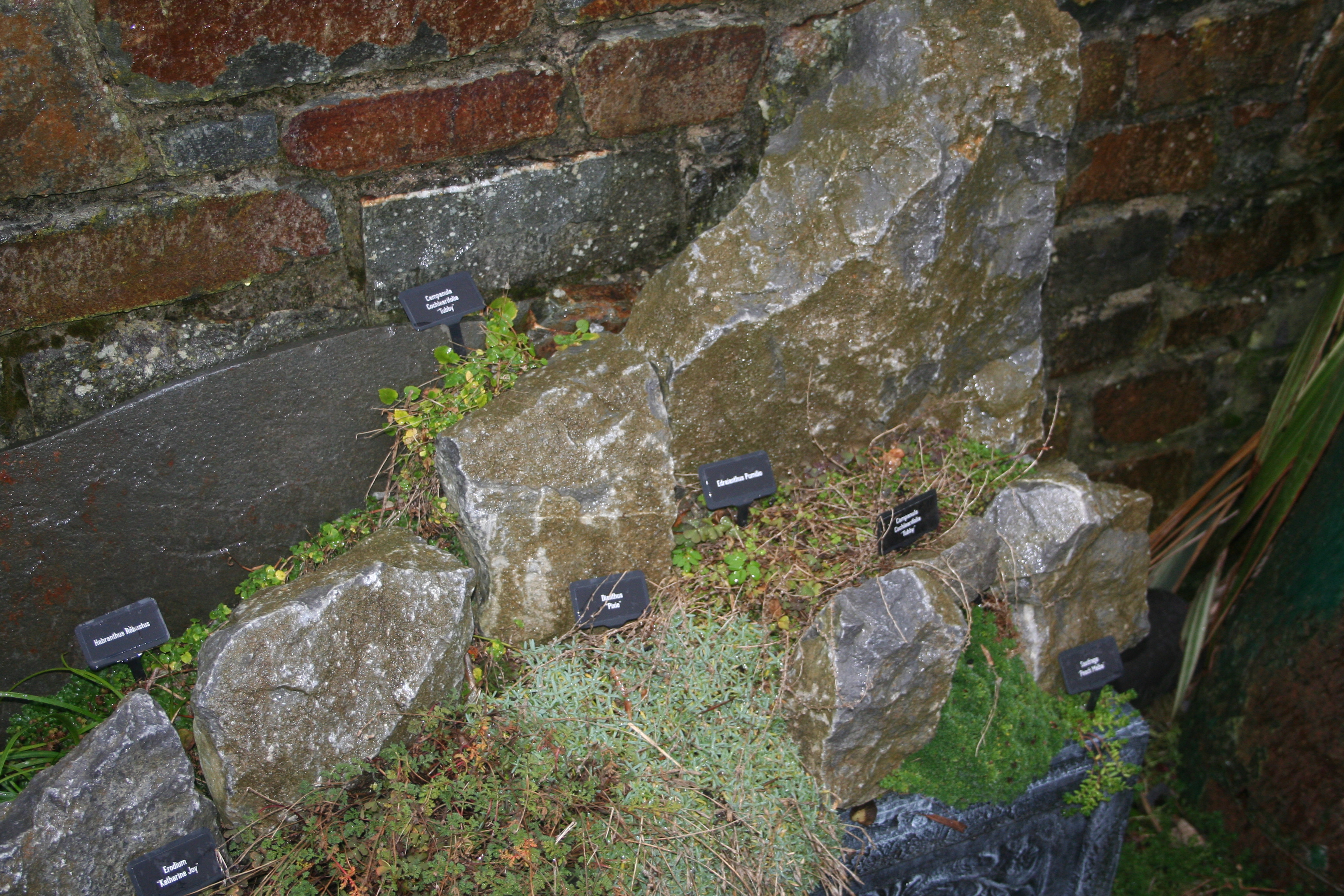 I’ve no idea what this red rock is. It looks like it’s igneous: it came out of an aquarium. I’ll source rock from anywhere! 🙂 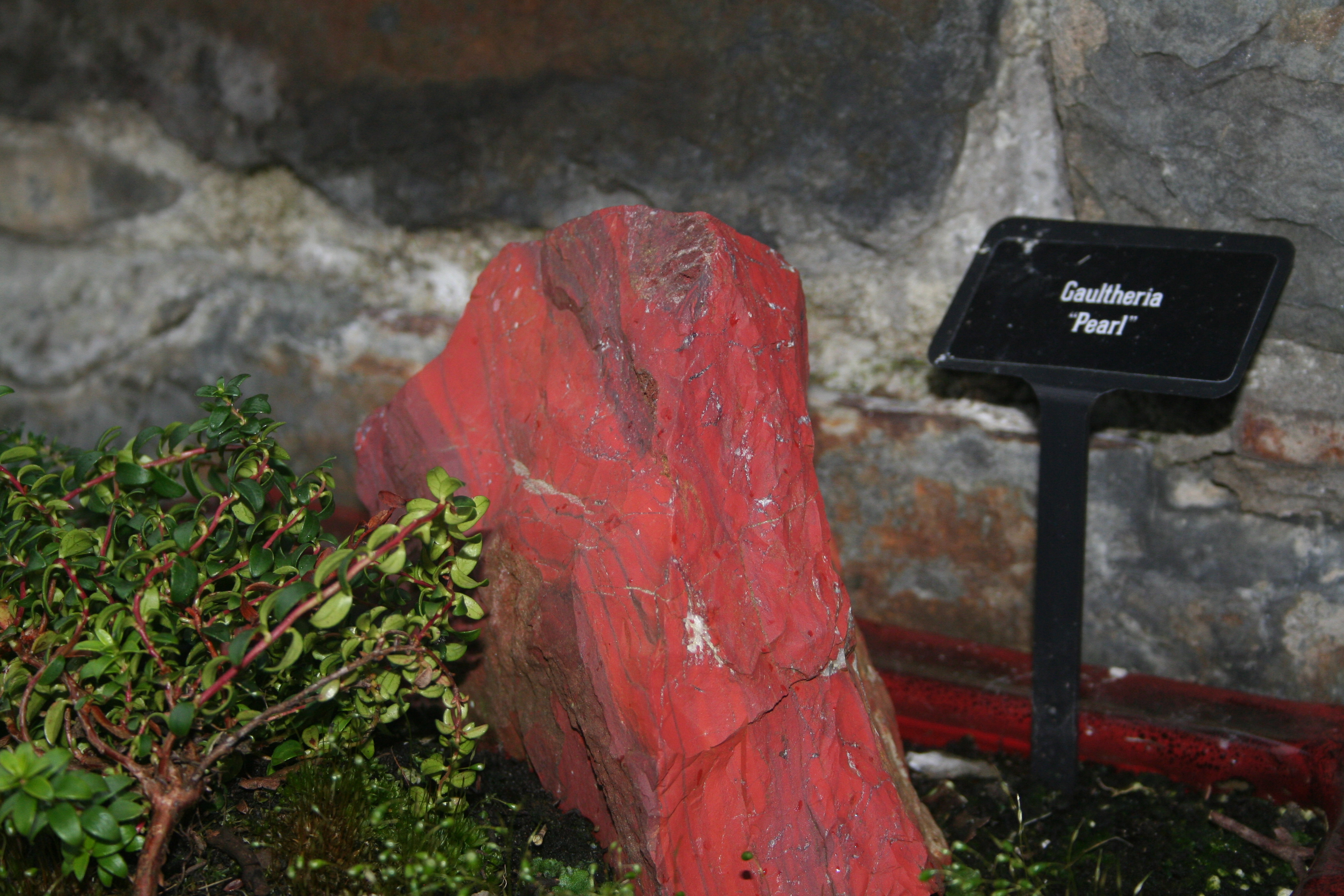 This rock, below, is the one that everyone inquires about. It’s obviously a Pyroclastic rock from a volcano somewhere or other. I actually bought this rock (I didn’t steal it) from a garden supplier who was closing down. The price I paid for a one ton builders’ bag of it was a steal, though. €50. 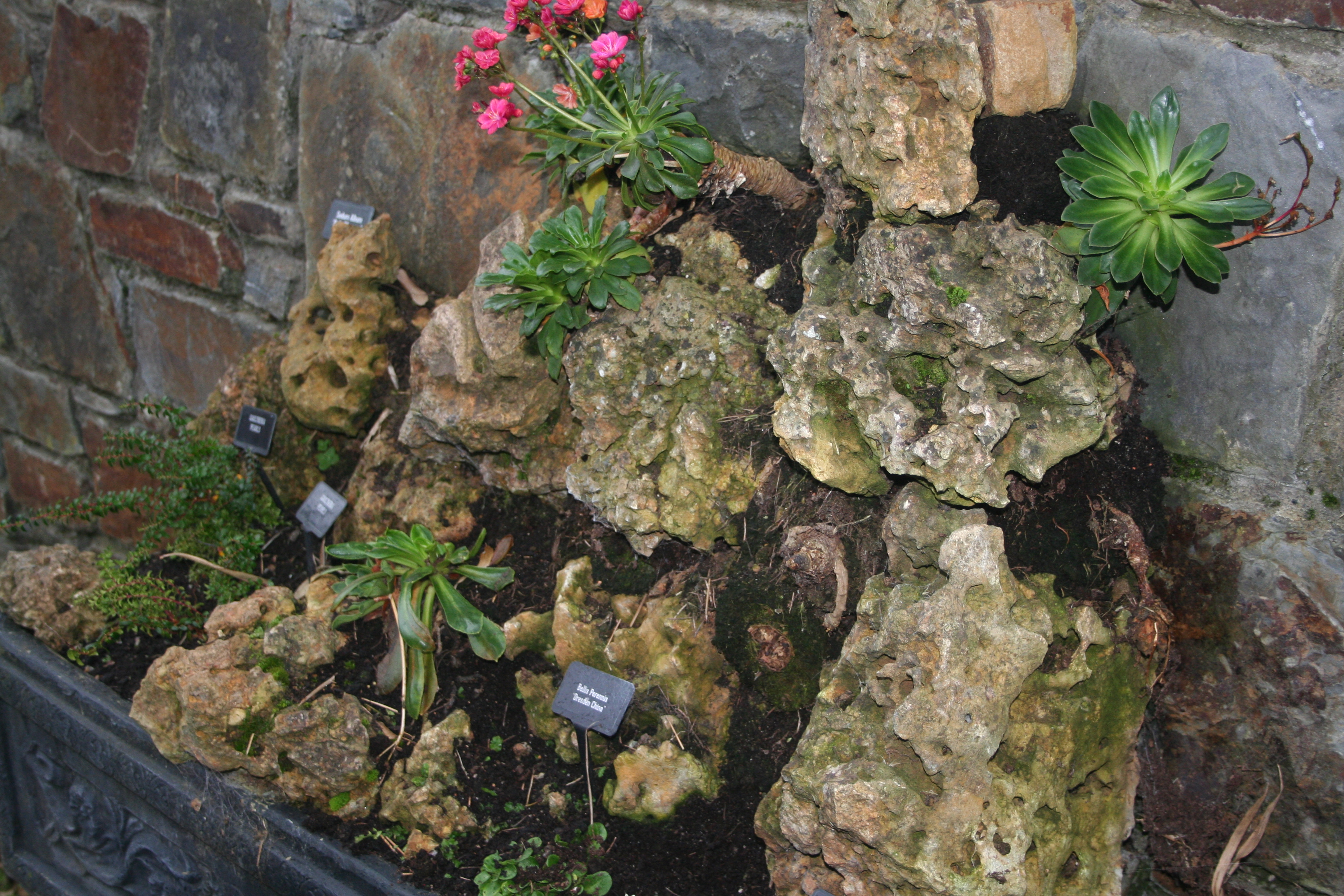 This below is Decaying Brown Shale from the Ballyhoura Mountains. It’s slowly succumbing to frost and probably won’t have a long life now that it’s exposed to the elements. A lovely metamorphic rock. 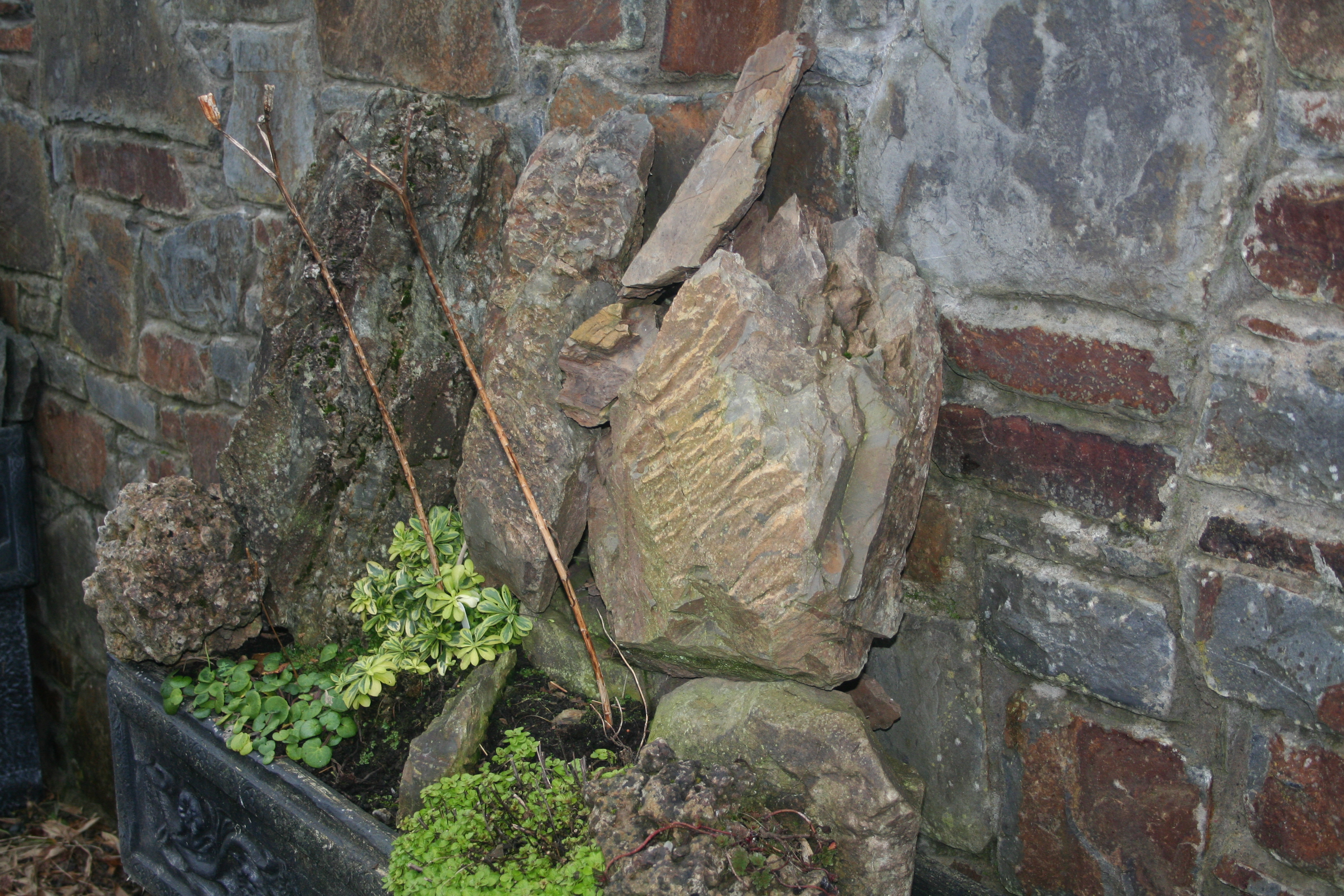 This is Slate from a slate mine up in the Tipperary hills. The mine is now full of water and scuba divers haven’t been able to reach the bottom of it, it’s so deep. It has been coloured with iron-rich water flowing through the slag heaps. 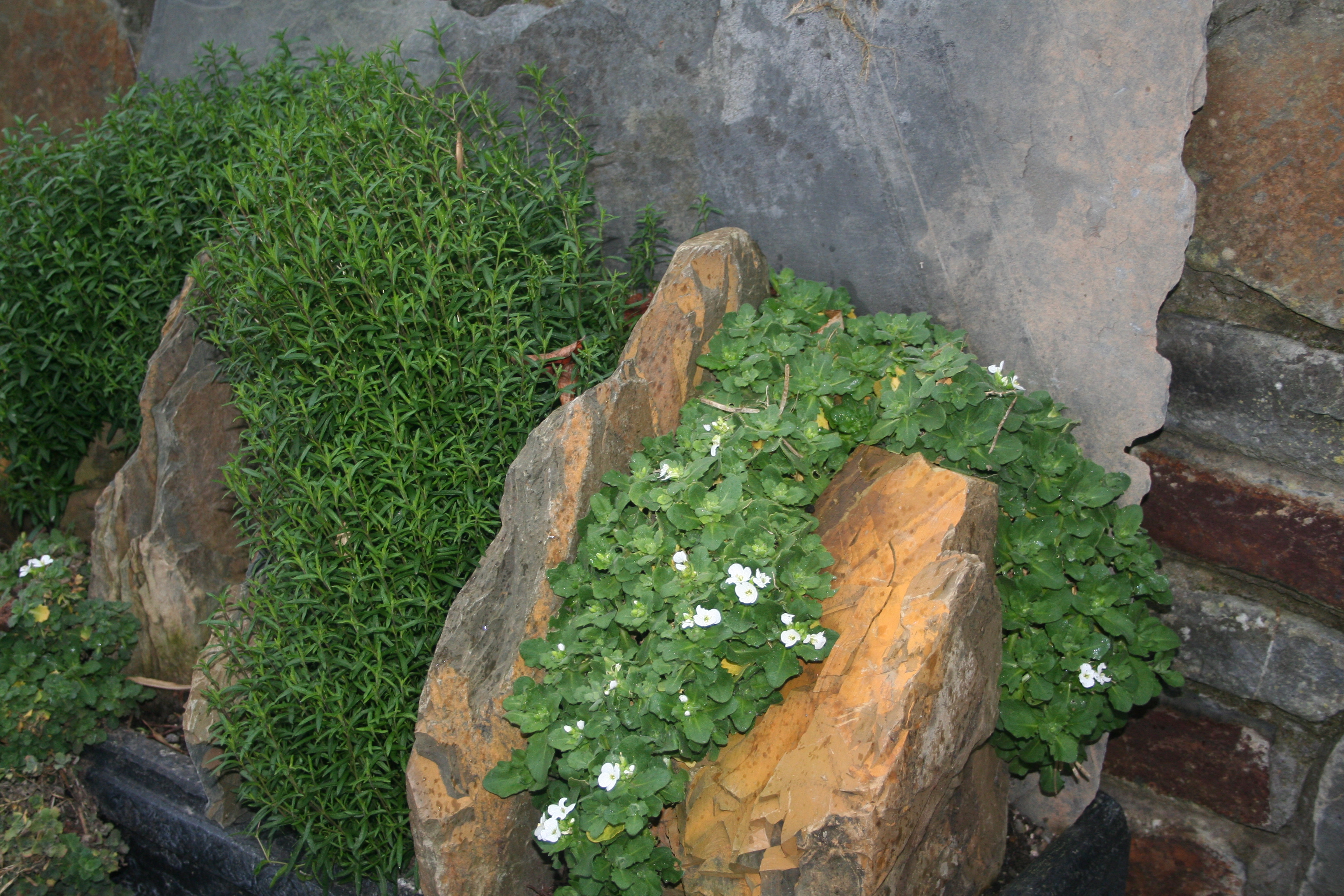 From Woodcock Hill in Co. Clare comes this Yellow Sandstone, which, in some cases,when exposed to air, bleaches to a pasty white. 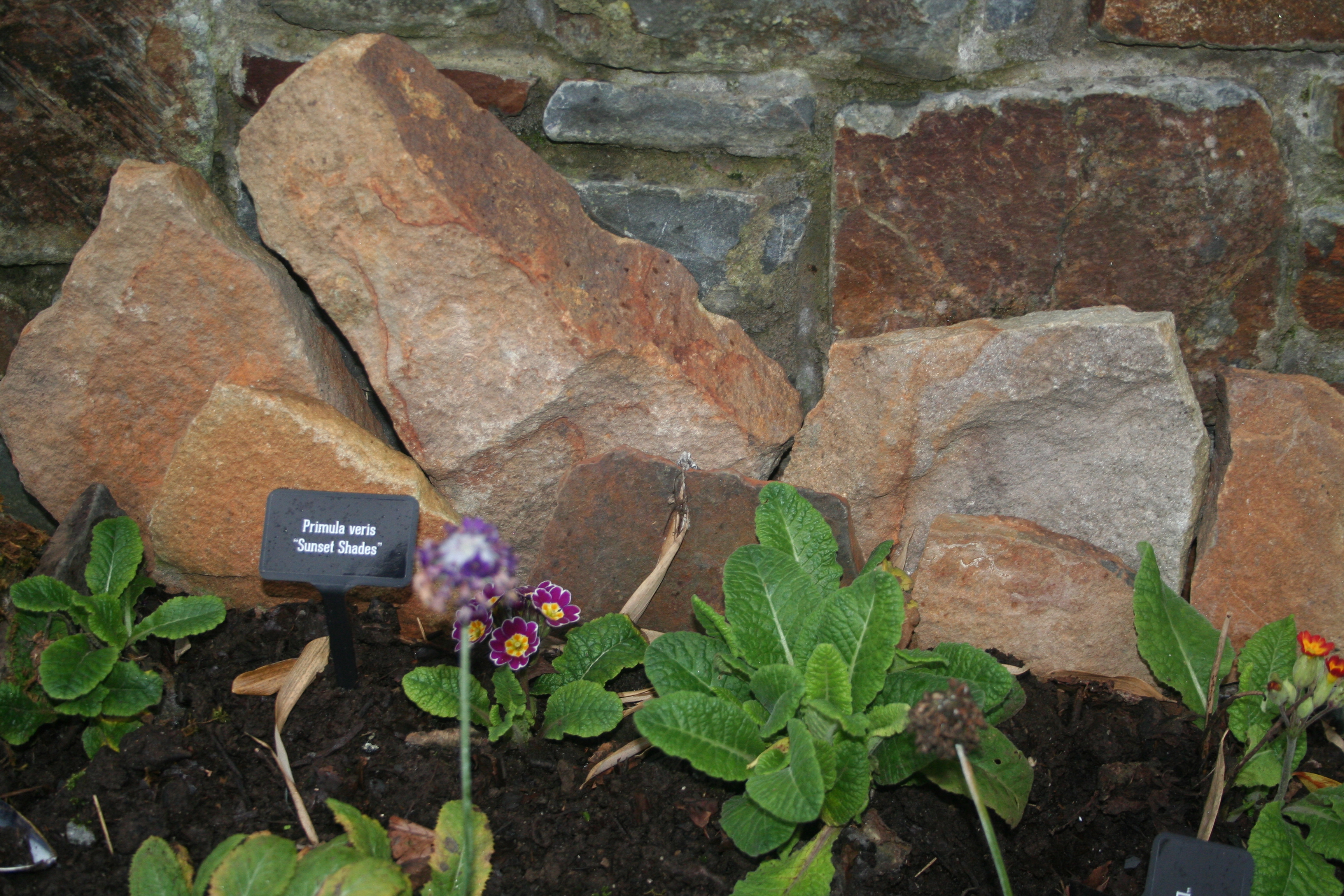 Namurian Shale from Castleisland. It’s actually blue but water from the bog over eons have stained it an ochre colour. 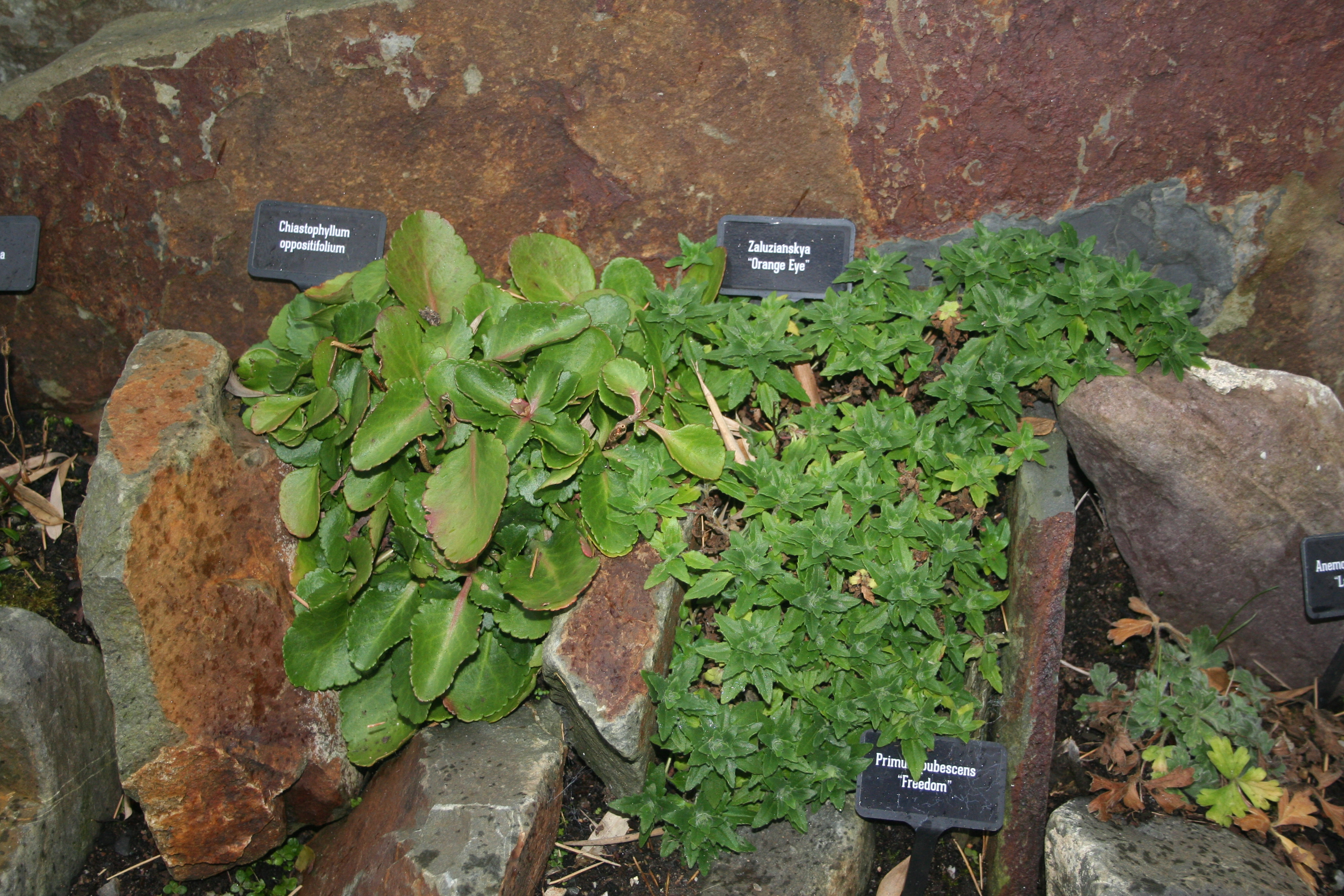 More Pyroclastic rock, probably a type of Scoria, with Lewisias inserted into the holes. 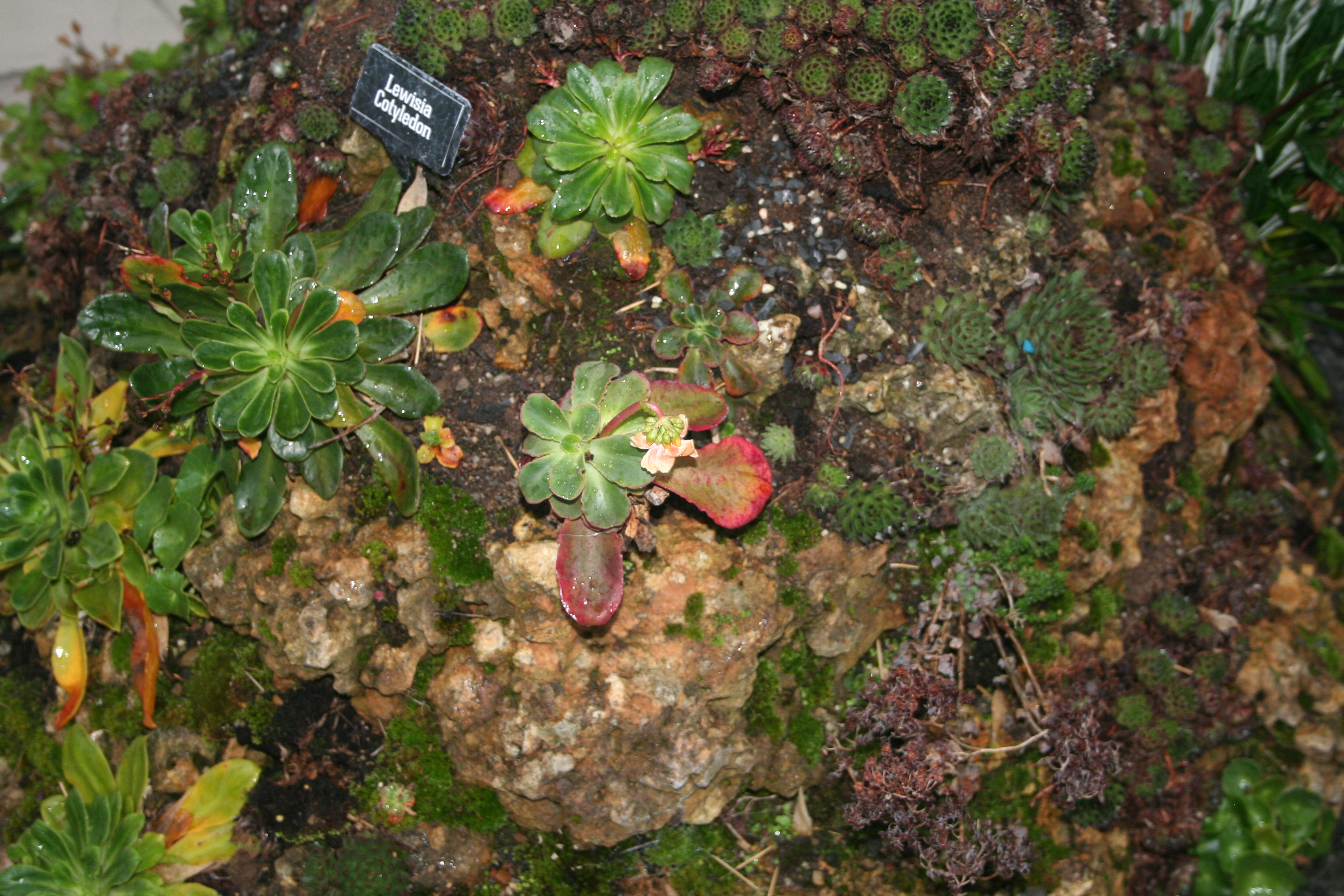 Getting hold of this rock, Tufa, is like looking for hens’ teeth. Impossible to get here and I was very, very lucky when I found a few pieces. This very soft rock is formed when limey water flows over a bog or seeps out from acidic bedrock. Carbon dioxide evaporates from the water and calcium carbonate is left covering the vegetation. You’ll invariably find spagnum moss and similar inside the encrustation. The amazing thing is that you can plant ericaceous plants in calcareous tufa and they do well! 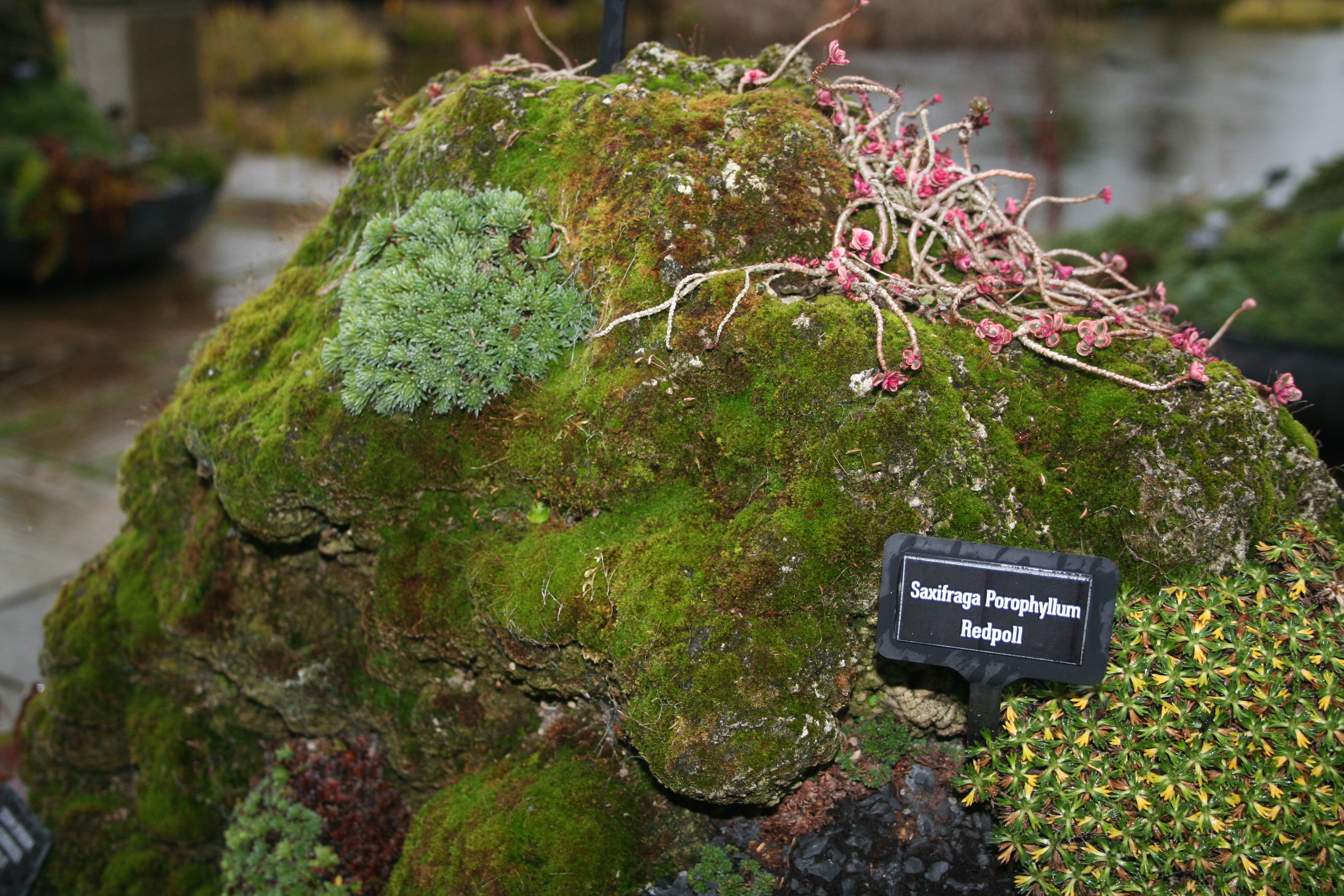 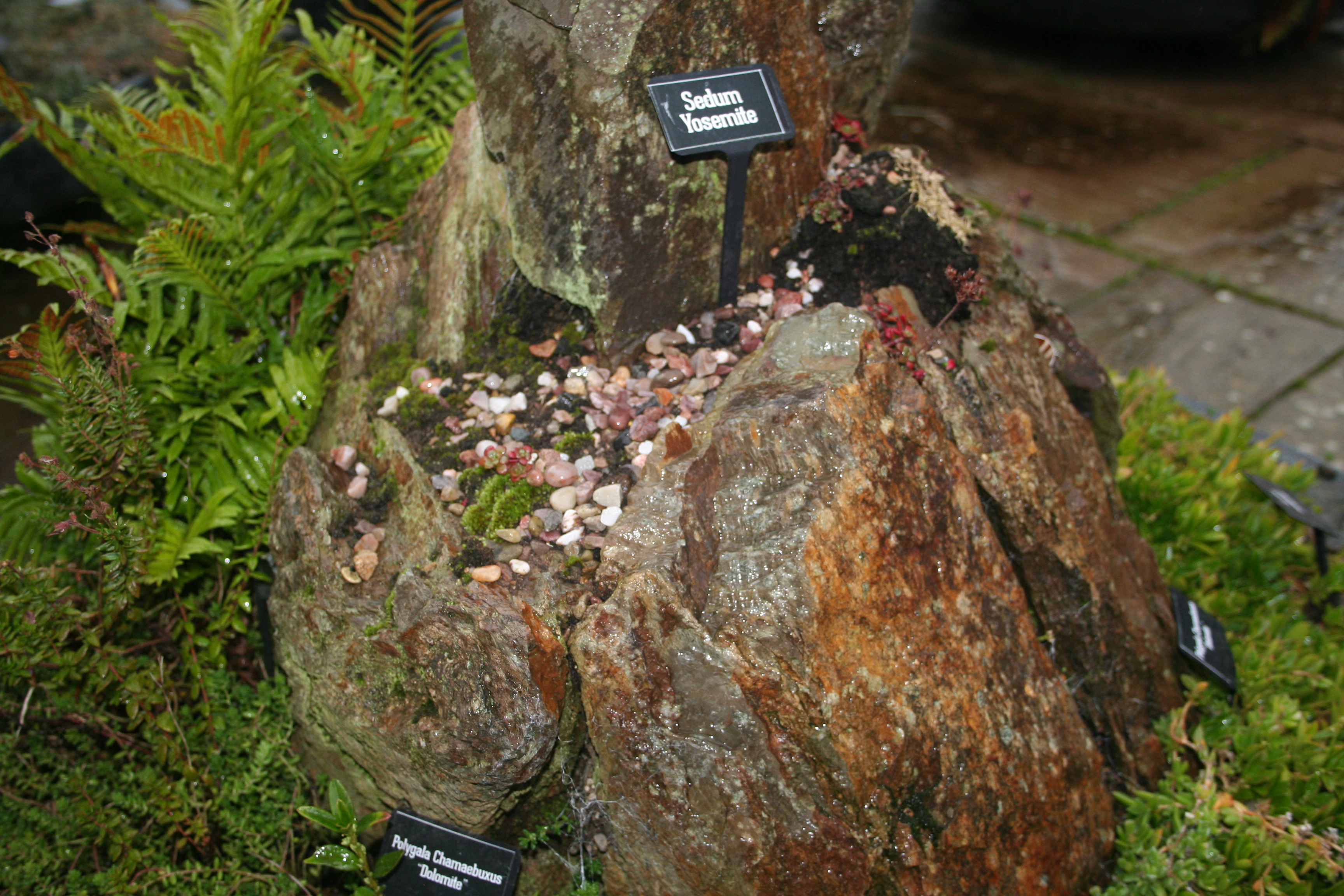 Weathered Carboniferous Limestone from a farm approximately 3 miles away as the crow flies. When I get to the farm, I have to trot in about a mile across the fields to find the stone, which is randomly strewn around. 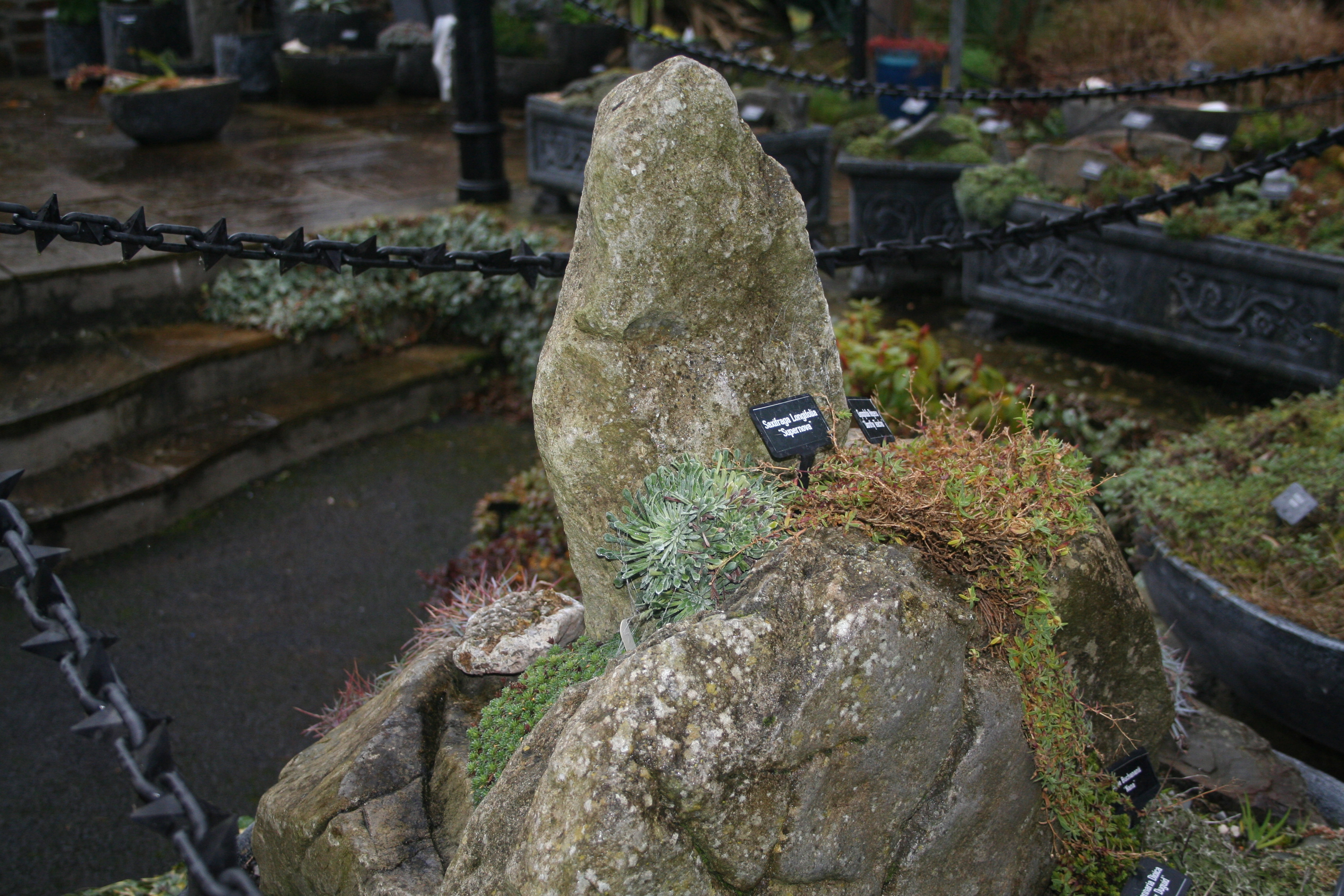 Slate from the Graves of the Leinstermen, up on top of the mountain behind Ballina. 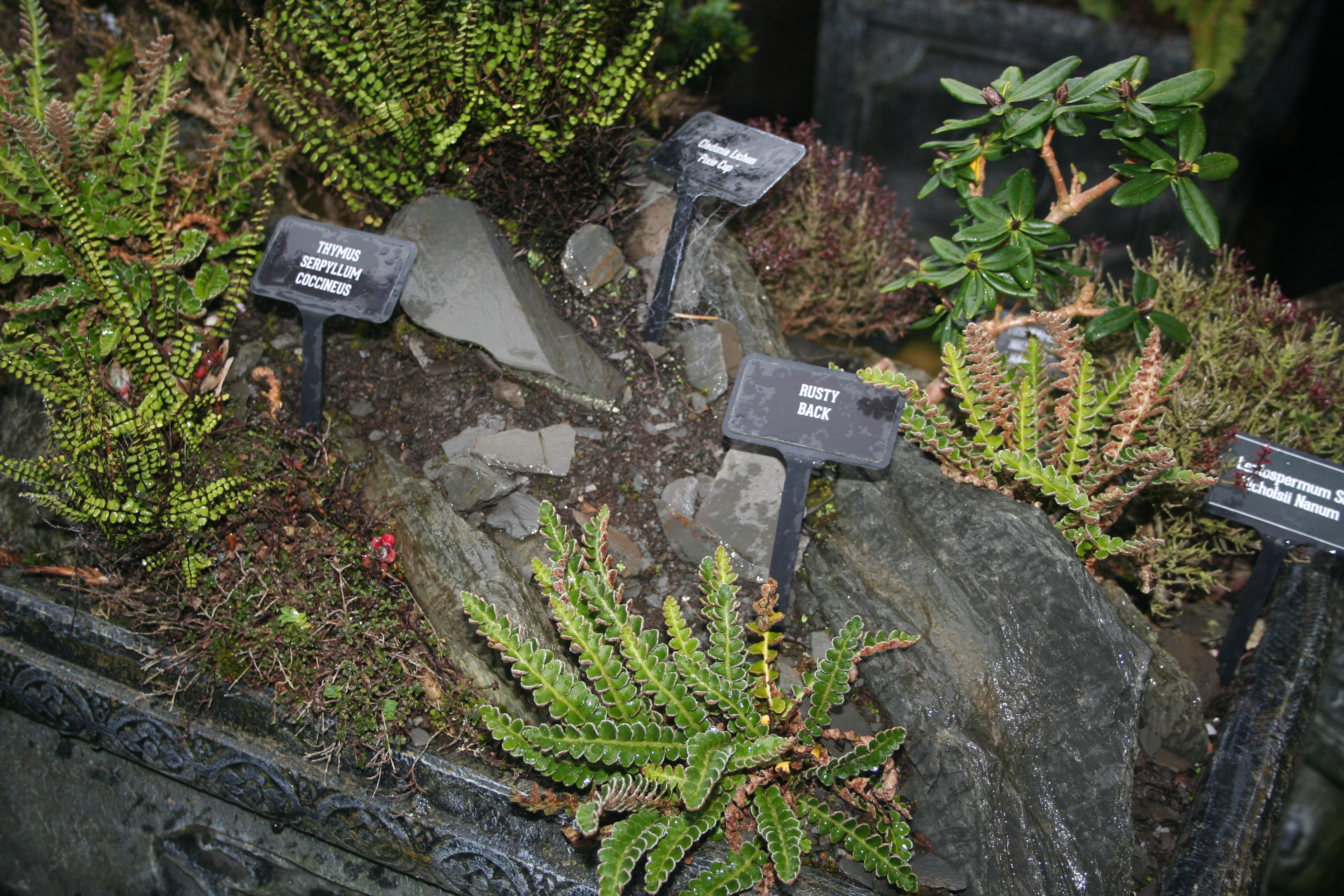 A large piece of Carboniferous Limestone. You can see the grykes in it, which I’ve planted plants into. 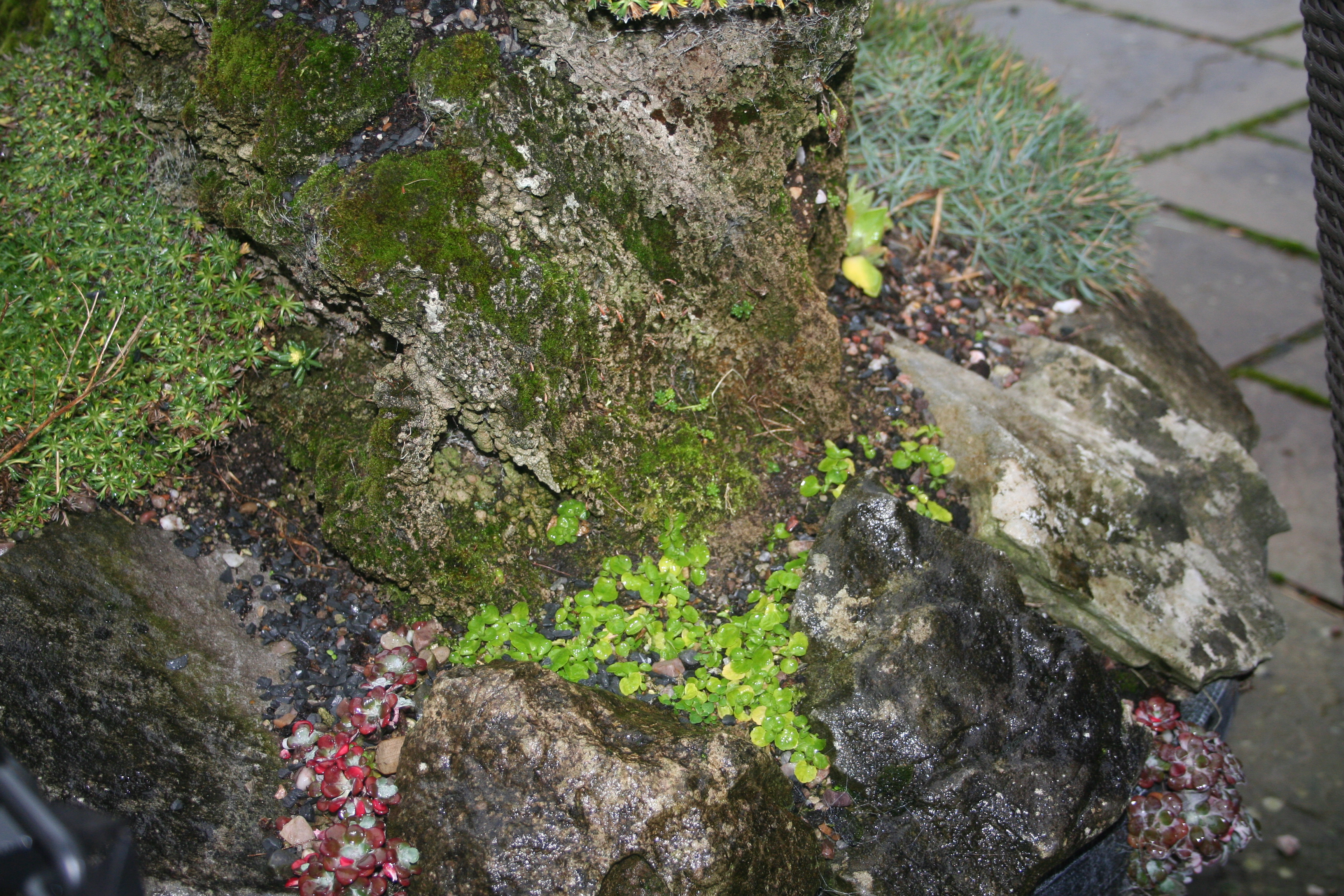 The rain has stopped now so I must leave you and rock on out into the garden. 🙂