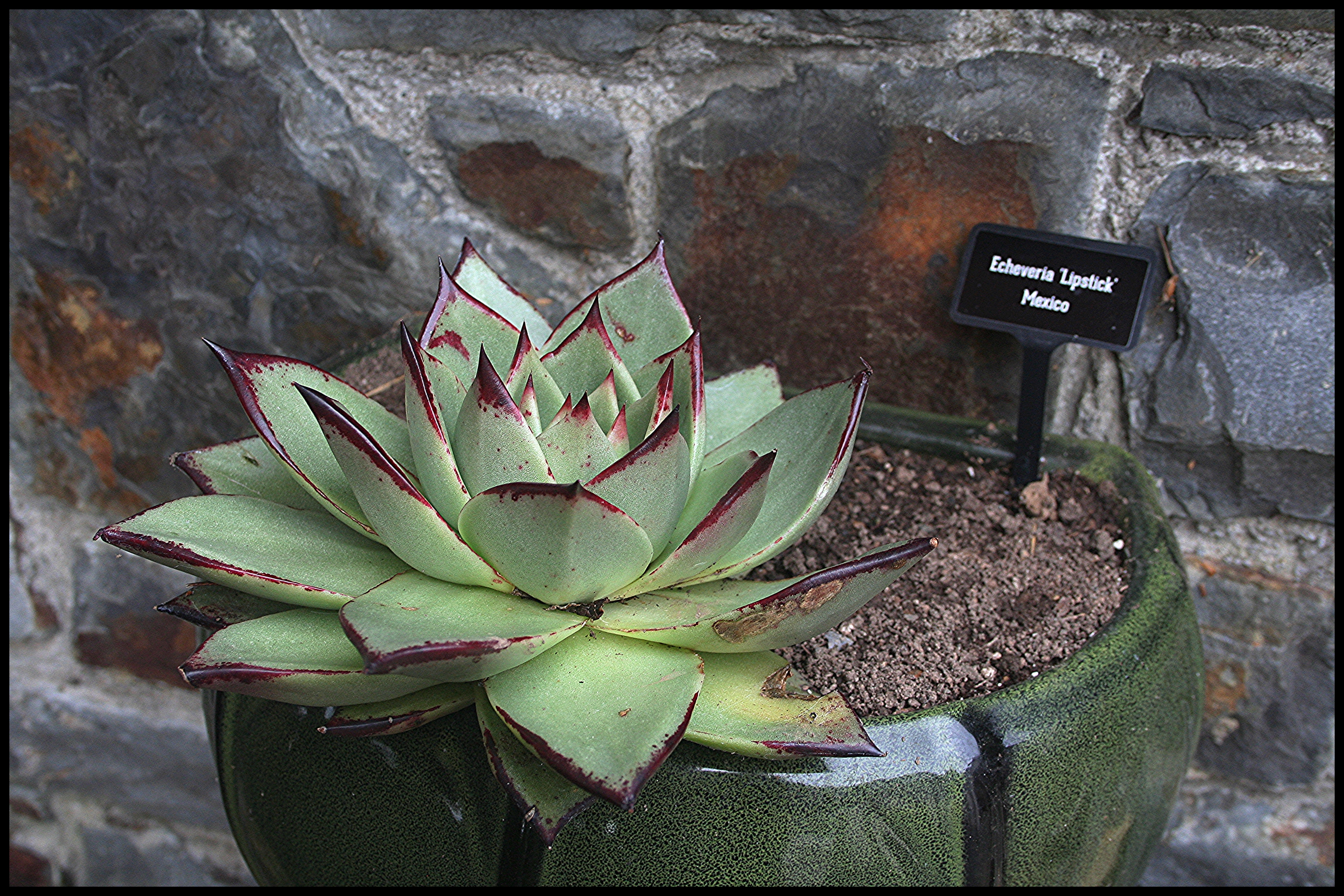 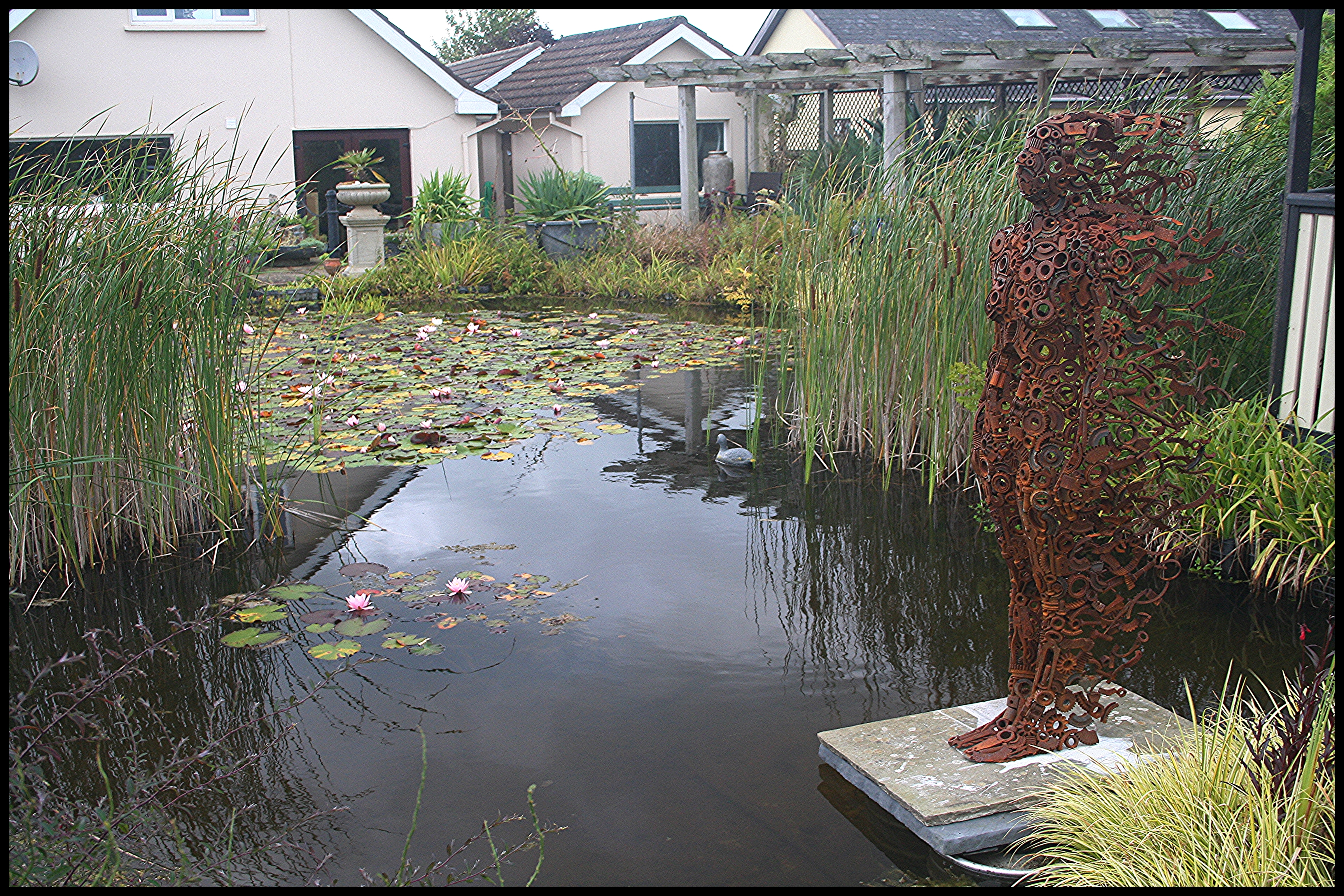 This is Penelope, made from gearbox and engine parts with a pliers and a few spanners thrown in for good measure. She came from Devon and is quite an interesting sculpture. We’ll eventually move her to the front of the Floating Pagoda, after we take away all the reeds, that are there, first.

Water lilies are still flowering at the end of September in the Water Garden whilst Penelope is keeping an eye on them. 🙂 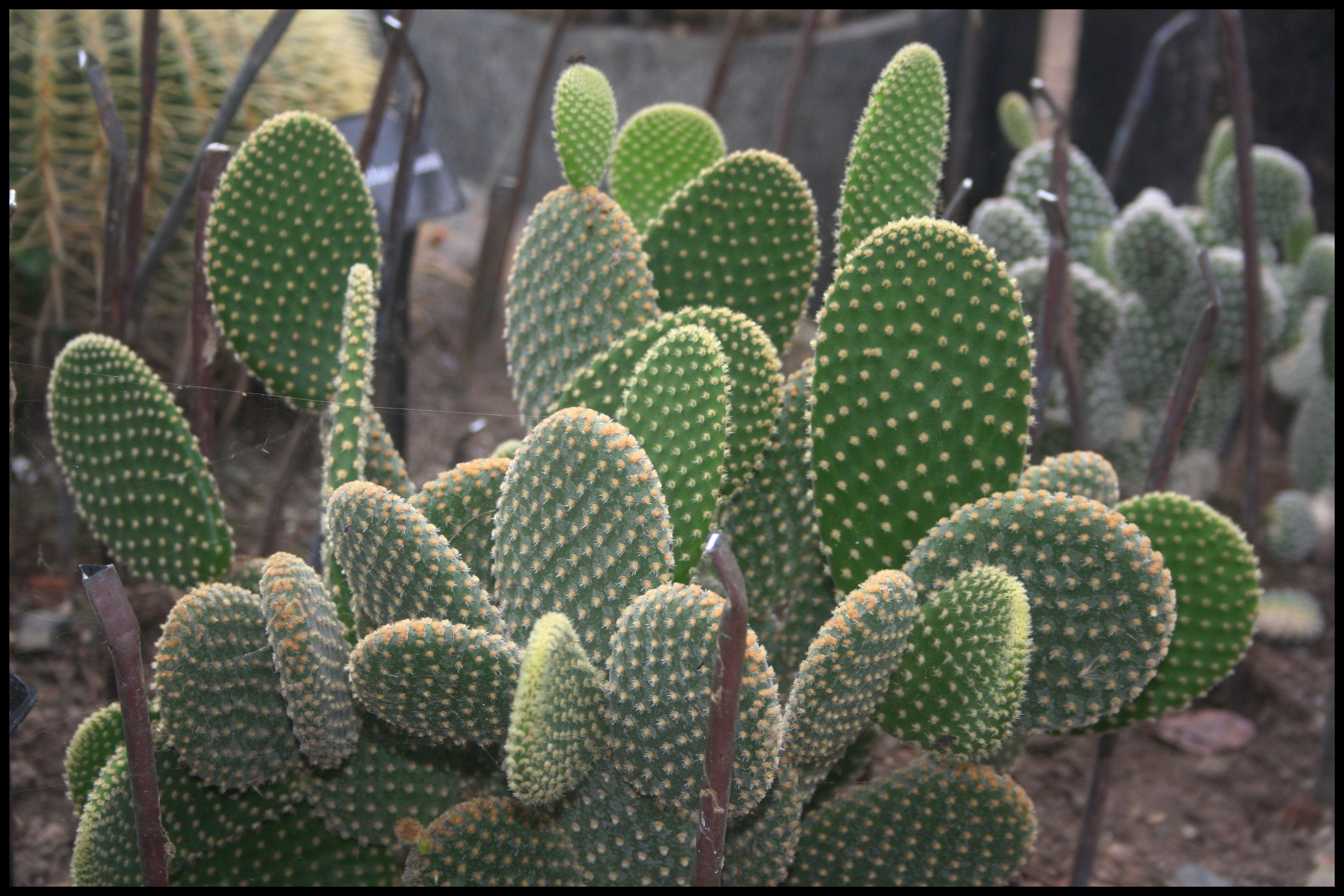 Beside the Water Garden we have an Xeric Bed, which doesn’t look in real life as incongruous as it may seem. Agaves, Yuccas and Cactus seem to meld in quite happily with their water companions alongside. This is a Bunny Ears Cactus, growing at a phenomenal rate: the copper pipes are an attempt to deter cats from pooing in the soft dry soil. 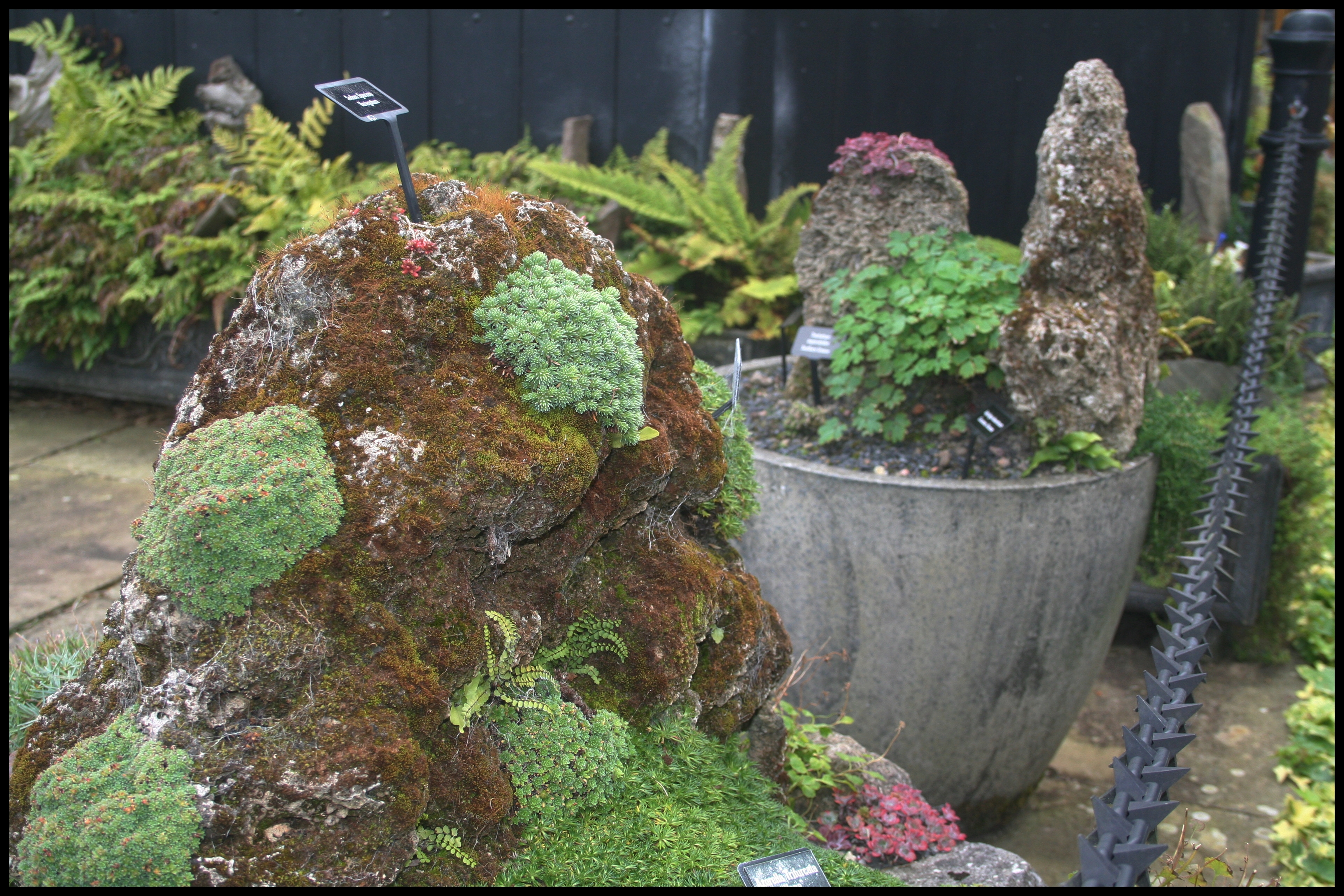 In our “knobbly” corner you can see plants growing without soil in the Tufa rock. Saxifrages and Azorellas seem to be most suited to this medium, although some recent arrivals have been Ferns, which have to volunteered to populate the rock. 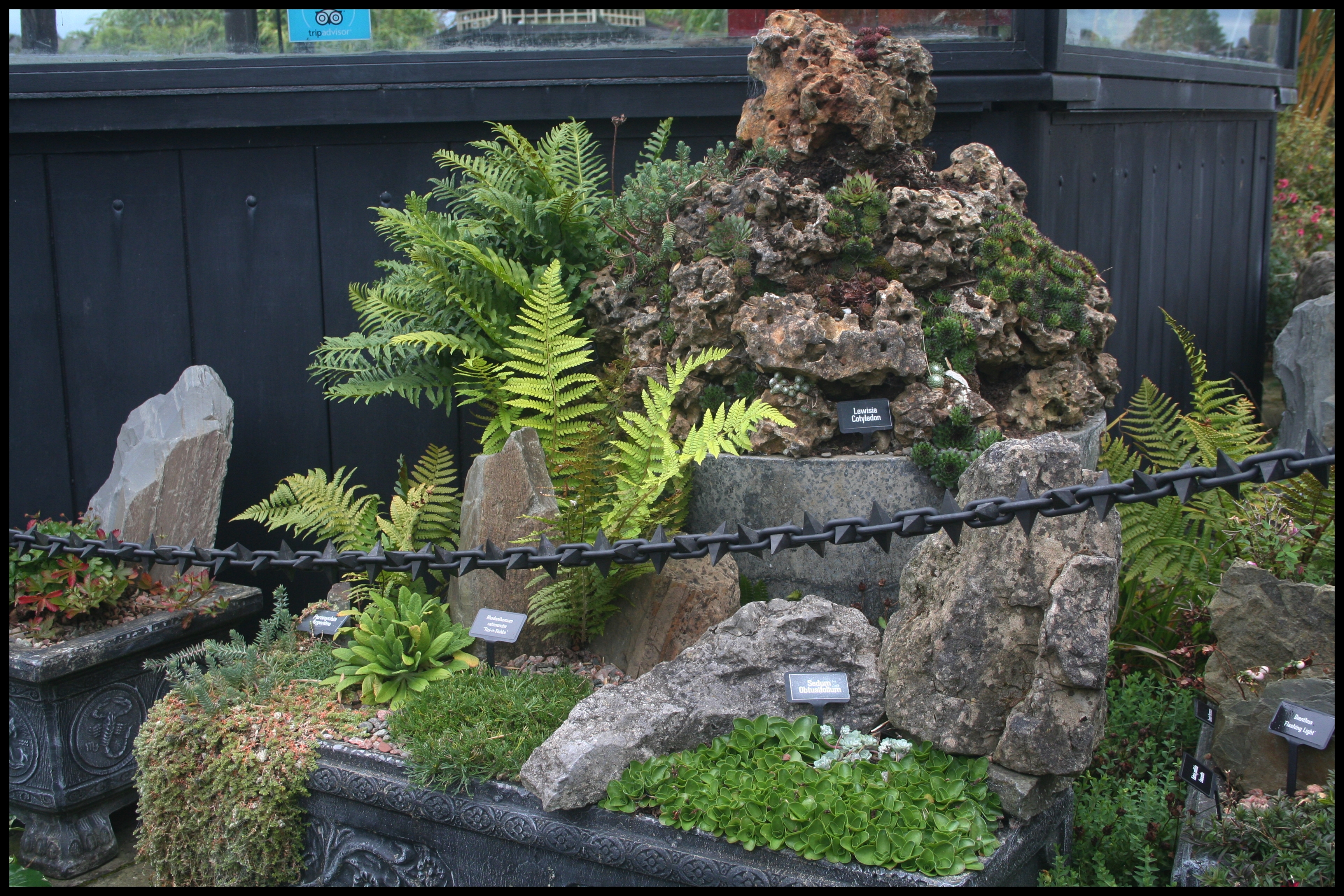 Even more knobbly are these volcanic rocks, which were formed when molten material shot up in the air from the vent of a volcano. Composed mainly of hard Silica, they are permeated with holes that plants can push their roots through.