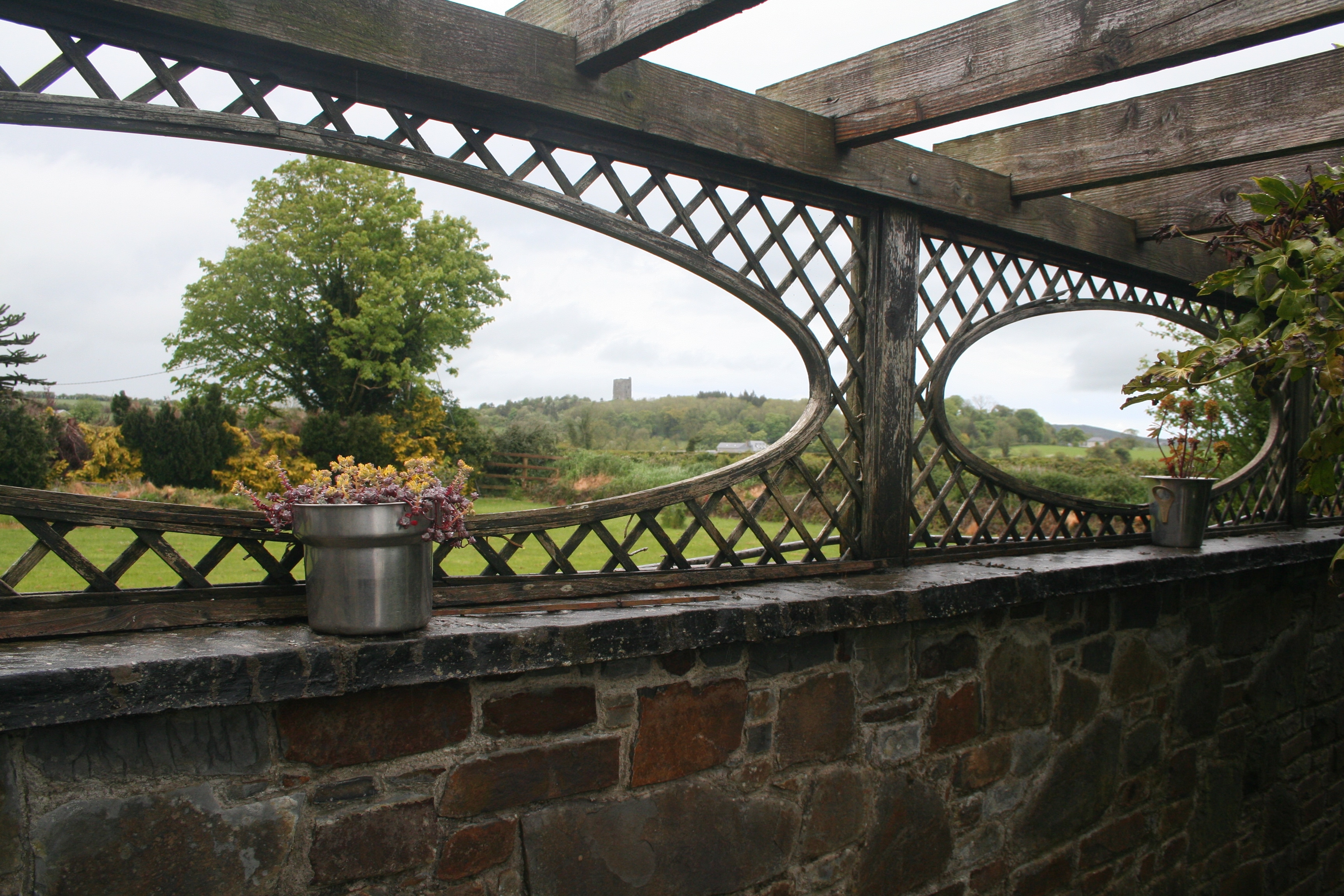 May must have been one of the wettest months ever. It seemed to rain every single day. When it wasn’t raining, however, I managed to take a few pics. 🙂 The picture above is of Rockstown Castle viewed through trellis in the garden. It’s not really a castle but a fortified tower house from the 1500s. 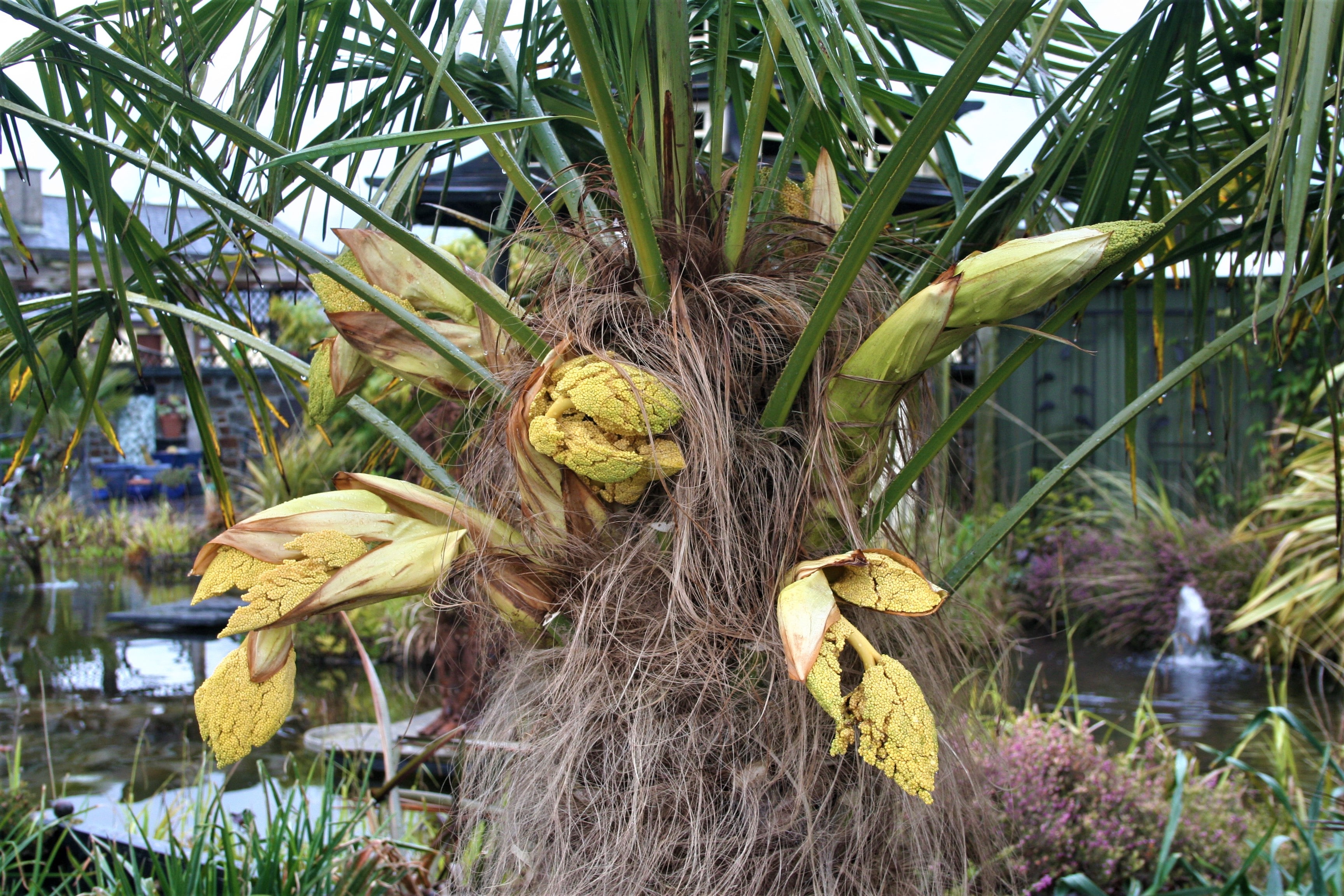 Trachycarpus fortuneii starting its flowering. This was only one foot high when I planted it eight years ago. It has now reached nine feet in height with a massive width. 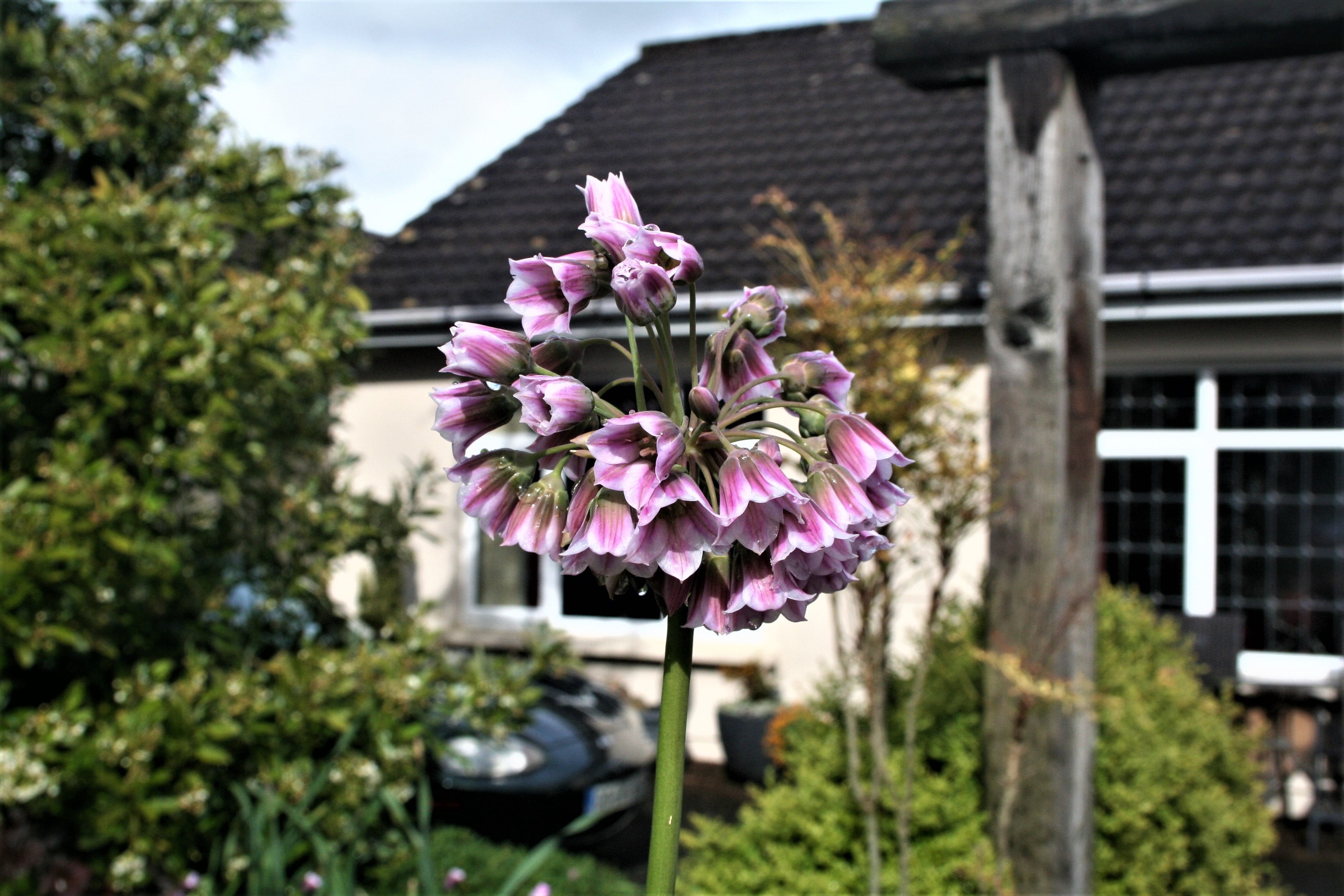 Another performer from the garden, Nectoscordum tripedale with stems five/six feet in height. They tower over the “giant” aliums alongside them. Wind doesn’t faze them at all and, as you know, Coolwater is a very windswept garden. 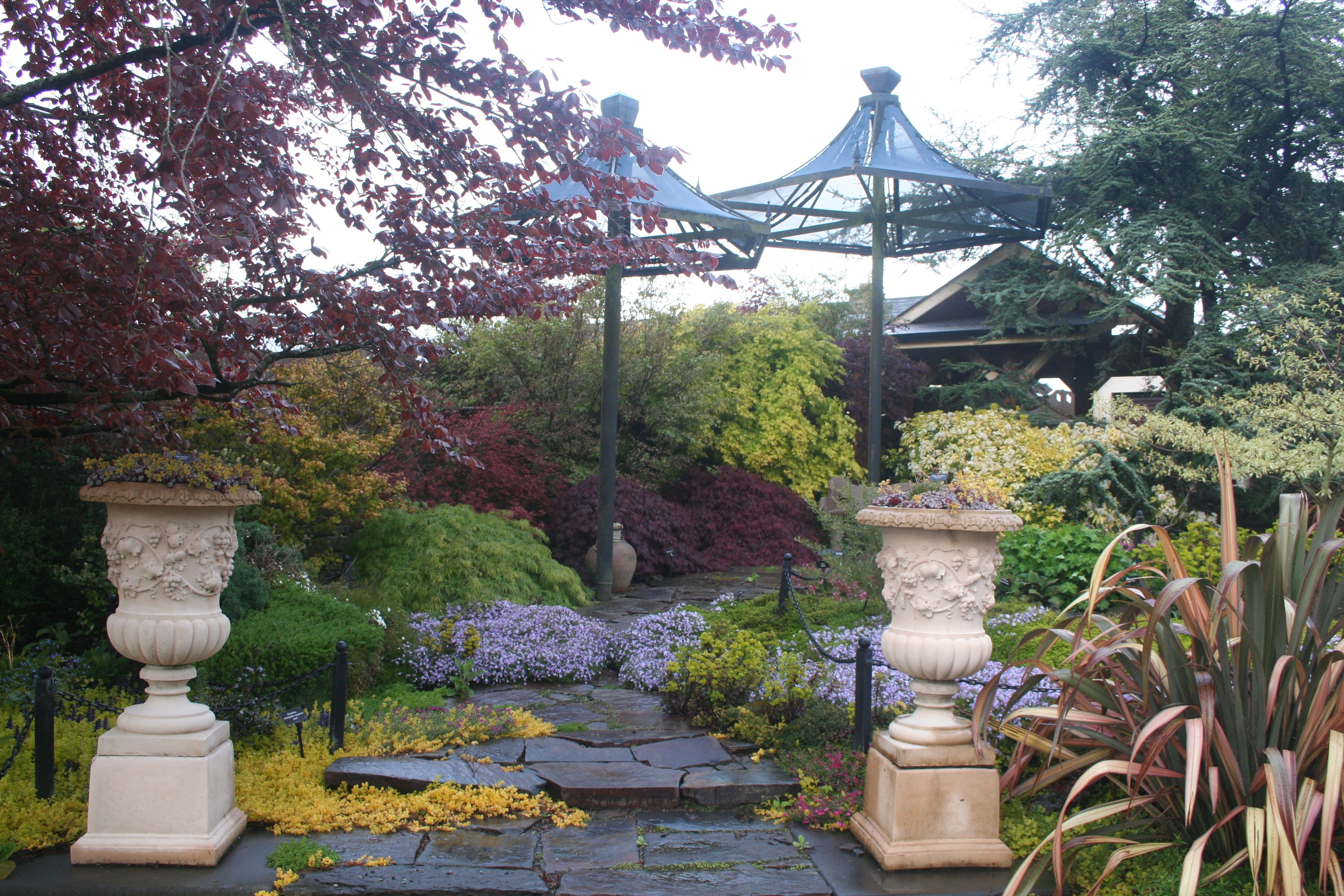 We’ve swathes of pale lilac coloured Phlox in the front garden: an end of one of them, making a stand-out display, shown here. 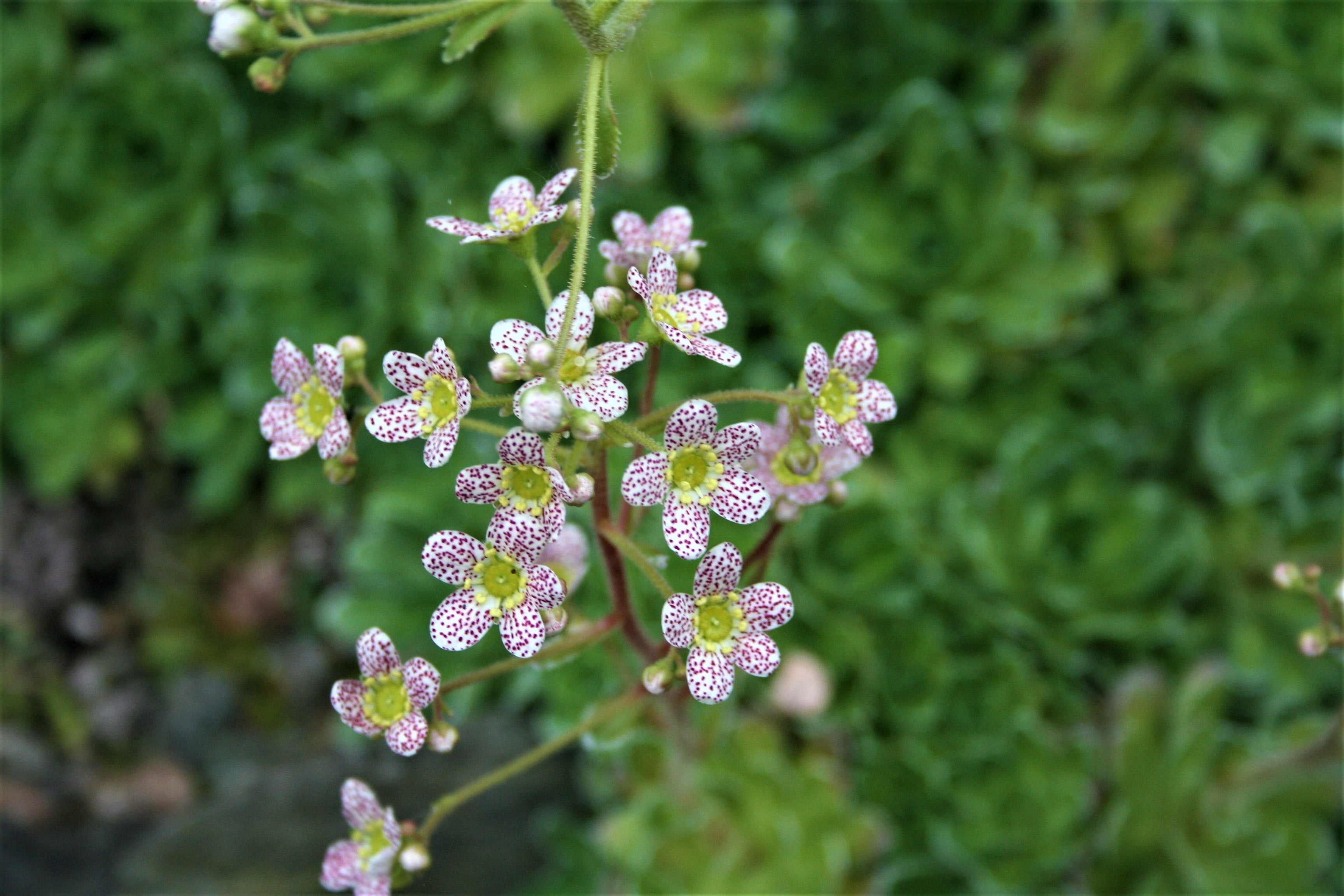 And, last but not least, Saxifaga canis dalmatica with its, heavily spotted with pink, petals. An outstanding saxifrage in one of the troughs.