Well, it’s the middle of November with only a couple of frosts so far, one of which wrinkled the Opuntias one morning but they’re back as perky as ever now.

I’m starting to collect one ton bags of leaf mould from an organic farmer friend of mine, who has a long avenue of trees on his estate and has more leaves than you could shake a stick at (excuse the awful pun.) This is the first; another 12 or so to go. 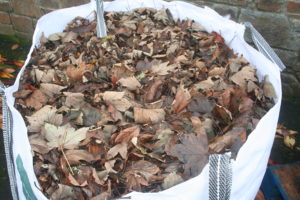 I also managed to get a couple of 1 ton bags of cow manure as well. No artificial fertilisers used on that farm. Lovely stuff! And not a bit whiffy. 🙂 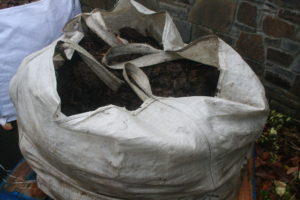 I’ve a strange thing to relate with last year’s manure. Everywhere in the garden, it has decomposed due to rain, worms, bacteria, etc, except for one place under the Magnolia Grandiflora, where there has been no progress: it’s still looks the same as when it was put there last year. And the Magnolia’s not doing too well, either. I’ll have to move the manure somewhere else. Strange, isn’t it?

I planted local Navelwort in a trough with limey soil in order to contain its aspirations. It’s pulled a fast one on me and hopped next door to a trough with acidic soil, where it’s commenced to run riot, delighted with itself. I can actually sense it smirking at me. 🙂

The floral Box is giving its usual extravagant show next to this Grevillea Prostrata and a variegated Aubrieta has decided to join in the fun. 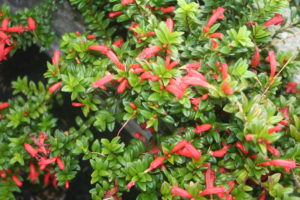 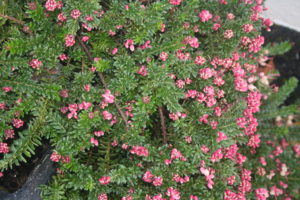 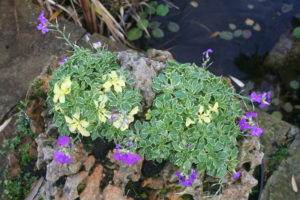 In the Watergarden, the reeds have turned colour to provide a nice contrast to the land based foliage The water is crystal clear and there appears to have been a baby boom among the Sticklebacks. Out in the two ponds in the West Garden, this year’s hatch of newts are still fairly active. (I never see the adult ones on land in the winter.) And this Tasmanian Tiger besides one of the ponds just keeps getting larger and larger. 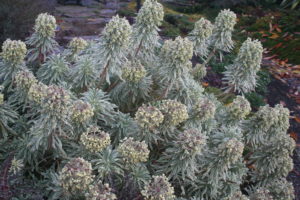 That’s all for now. Off to collect more leaves. 🙂