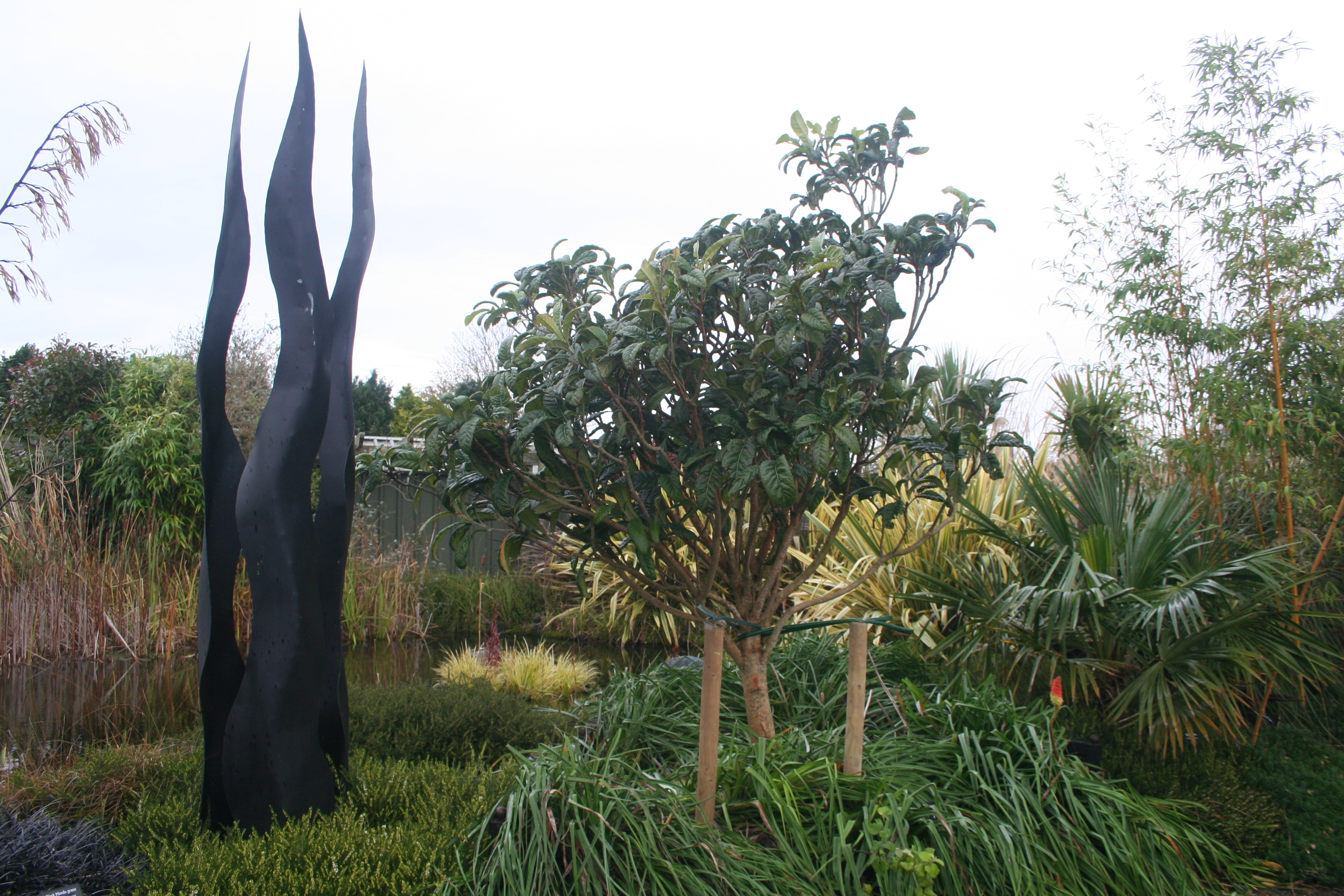 Well, when Storm Ophelia tore into Ireland, it didn’t spare Coolwater Garden. The violent wind, from the South East early on in the storm, by coming from a direction different to the prevailing winds uprooted and flattened trees in the garden, which had been protected from the South West. The main feature tree in the West Garden, an Acacia Baileyana Purpurea, is sadly no more. We managed, however, to restore this small Loquat and several other trees upright again, including even Cordylines, which had gone over. 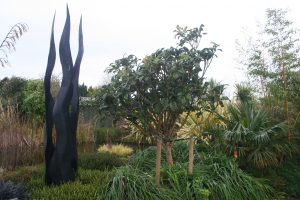 A lot of the glass was whisked away and spread all over our neighbour’s lawn, from the glazed section of the pergola. It was finally all replaced yesterday and I’m sure all the arid plants are breathing combined sighs of relief at the moment in the heavy rain. 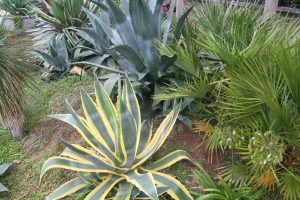 Some bits of colour around in October, Daboecia Cantabrica, KR7798, Lewisia, an unknown flower from PGP and a bromeliad recently set swinging from a tree. (It survived Ophelia as well.) 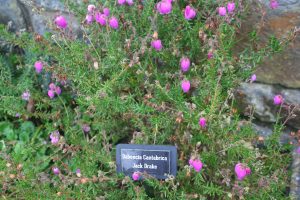 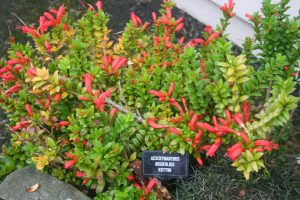 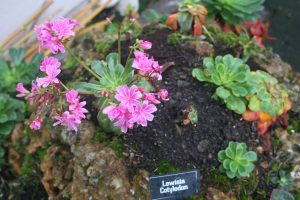 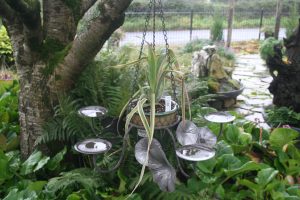 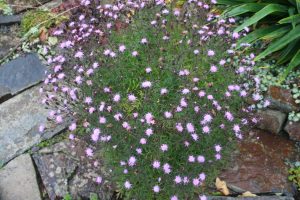 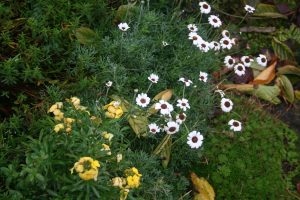 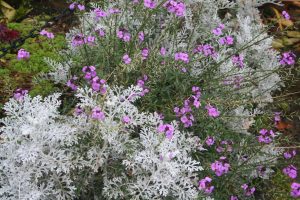 One of the water features, which was felled by Ophelia. Trying at the moment to repair the base with extra strong masonry glue. 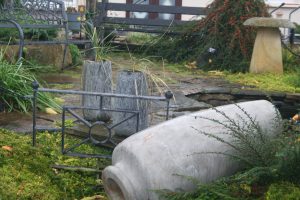 The Sandstone Balls, which one would have imagined to have gone flying around the garden, never stirred from their positions. One of them pictured here. 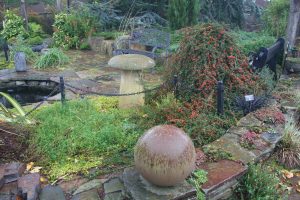 And last of all, this Drimys is rather confused about the seasons. Its Spring 2017 flowers had turned to pink berries and were well on their way to turning Winter Black when it decided that it would have another comprehensive flush of flowers again ! 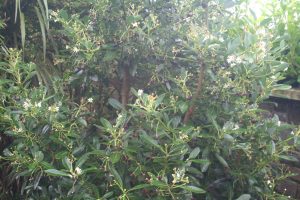 Back out to the garden again now, to continue fixing up things after that storm.